Spending on food and drink is expected to increase to £2.1bn – a 4.5 per cent increase compared to Easter 2013, due to rising demand for fresh produce in the event of warmer weather, as well as persistent inflation in the sector. The research, undertaken by analysts Conlumino, also found that the non-food seasonal market, including household and clothing, is anticipated to increase this Easter to £1.5bn – a 2.3 per cent rise on last year.

Easter gifts, on the other hand, are due to perform more weakly than food, drink, DIY and fashion, with only a 1.4 per cent increase, driven largely by Easter eggs. “A sunny spell over Easter would be particularly welcome for food and grocery retailers, as Britons bring out the barbeques, and for the fashion market, as people look for seasonal ranges of clothing,” said Neil Saunders, Managing Director of Conlumino. “Meanwhile, slower performance in Easter gifts could reflect a growing apathy among the British public towards Easter as a holiday.”

The analysis reveals that these expected increases in spend come as a result of positive consumer sentiment about the overall economy, which is one of the most important considerations in terms of the future strength of retail. Sentiment about the economy has seen improvements over the last 12 months, with the average sentiment index score rising a huge 52.1 points between January 2013 and January 2014.

However, consumer confidence is less solid when considering personal financial circumstances – views about the overall economy have been more positive than views about personal finances since July 2013. One of the factors weighing negatively on consumers’ minds when it comes to their financial circumstances is the prospect of future inflation. Some 66.4 per cent of consumers are expecting a rise in household utility bills, 63.5 per cent believe food costs will go up and 54.9 per cent are fearful of increased petrol prices.

Furthermore, although consumer views about the economy are generally positive, the research revealed a marked gender divide in this confidence: men are driving the positive consensus with a far more optimistic outlook, scoring an average of +18.4 on the consumer sentiment index for views on the future of the economy, while women, who are traditionally involved with more non-discretionary purchases, are feeling notably more pessimistic, scoring an average of -2.5.

The figures also reflect Britain’s North-South divide. The South, with higher levels of disposal income is less affected by difficulties in budgeting for non-discretionary purchases, demonstrated far more positive economic projections than the North of the country. The South West scored +11.9 on the consumer sentiment index for views on the future of the economy, London scored +12.2 and the South East scored +13.2. Meanwhile, the Northern regions, associated with tougher macro-economic climates, were less optimistic – the North West scored only +4 and the North East fared worst with a score of -17.2.

“Despite the interesting gender and regional divides, consumer confidence about the overall economy is looking positive, which is a sign that the recovery is underway, and we will see this reflected in strong performance during Easter, one of the key retail events of the year. However, the fact that sentiment about personal finance is so much lower suggests that it will take much longer for consumers to feel the impact of this recovery on their everyday lives,” said Guy Chiswick, Managing Director of Webloyalty Northern Europe. 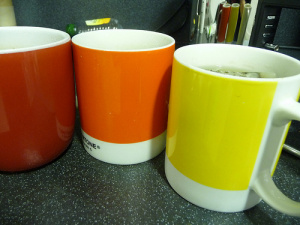 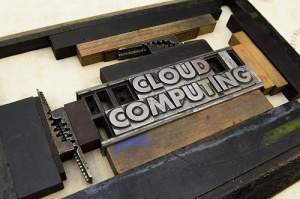