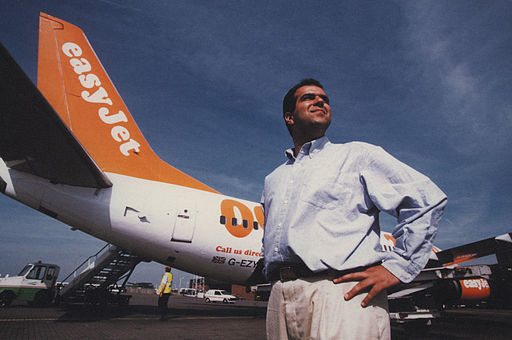 Sir Stelios, who set up the airline in 1995 when he was 28, has written to the company’s chairman, Sir Michael Rake, to criticise the payment made to former chief executive Andrew Harrison (now chief executive of Whitbread) last year.

Accounts show that Harrison received £750,000 for the period from April 1 to September 30, plus a £250,000 bonus. He also received a £1.2m retention bonus for the period after he resigned, following a dispute with Sir Stelios over easyJet’s growth strategy and the rights to the “easy” name. “I was not consulted on this package, either as a director or as a shareholder, as is customary with major shareholders,” says Sir Stelios. Harrison has responded to Sir Stelios’s comments by saying: “As chief executive of easyJet, my job was to implement the strategy agreed by the board. All aspects of my remuneration were determined by the remuneration committee and to the best of my knowledge were communicated to the full board.” EasyJet’s AGM is due to take place next Thursday. Sir Stelios did, however, “favourably acknowledge” the decisions made by Carolyn McCall, Harrison’s successor, and Chris Kennedy, easyJet’s finance director, to waive their bonuses “in response to the mess that the company was in last summer”. He adds: “Let’s hope this will not be repeated this summer.” Shares in easyJet dropped by 2.2 per cent, valuing the company at £1.6bn. Is Sir Stelios suffering from another bout of “founder’s disease“? Is it time for him to let go of his family’s 38 per cent shareholding in the firm? Post your comments below.