The study sought out the feelings of over 1,000 SMEs across the country to determine how they feel about business growth opportunities in the next 12 months.

Data showed that SMEs using ecommerce are positive about growing revenue and job opportunities. In particular, mobile apps will be of key interest to drive business, as use of company apps are set to double to 20 per cent of SMEs.

Capital Economics found 45 per cent of the country’s SMEs use ecommerce to serve customers. As a result, they expect 48 per cent of revenues to come from online in the next year – up two per cent in the past 12 months.

Elsewhere, revenue growth among ecommerce-savvy businesses is predicted at 1.8 per cent in the next year, compared to 1.3 per cent for firms that do not use online. Additionally, job growth for online outfits is expected to be 0.9 per cent compared to 0.6 per cent for non-users.

“Companies who export and use e-commerce say they are expecting faster revenue growth than those who don’t sell online or only sell domestically.”

And with domestic sales in mind, the report found 46 per cent of UK SMEs currently export and receive 36 per cent of revenue from overseas. Meanwhile, export regions of priority for post-Brexit trade are the EU, US, China, Australasia and Canada.

In terms of revenue growth, SMEs that export predict a 1.8 per cent increase, compared to a 1.2 per cent rise for the 54 per cent of domestic-only operations.

Doug Gurr, UK country manager, Amazon, added: “The results show the increased confidence of those small businesses who are using ecommerce to reach new customers in Britain and of those who are exporting abroad.

“These businesses are demonstrating real leadership and helping to ensure the UK’s continued prominence on the global economic stage. We believe technology has a big role to play in helping to foster small businesses across Britain.”

On the whole, there’s a 2.7 per cent revenue growth expectation in the east of England, making it the most optimistic region, followed by 2.3 per cent in the East Midlands and 2.1 per cent in London. This falls, however, to 1.2 per cent in Scotland and 0.9 per cent in the North West, while companies in Wales expect a 0.7 per cent decrease in revenue – the only region that predicts a decline.

That said, 43 per cent of SMEs think the wider UK economy will weaken over the next year, more than the 33 per cent that expect things to remain the same and the 24 per cent that predict and improvement.

With the Brexit in mind, 77 per cent of SMEs said it hasn’t impacted business decisions. The remaining 23 per cent have delayed things such as hiring, marketing and investment in business tools.

Emma Jones, founder of Enterprise Nation and HM Government’s Crown Representative for Small Business, conclided: “This report underscores how important small businesses are to the UK and the number of jobs they help support up and down the country.

“We are pleased to see the confidence in manufacturing and across the east and south of the UK, while it’s clear there is an opportunity to do more to support businesses particularly in Wales and the South West.”

While some companies are still snubbing ecommerce and overseas sales, there’s a trend known as digital export which businesses should take a firm grasp of if you have global growth goals. 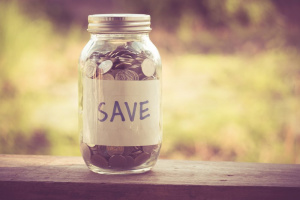 Save money on banking with these ten tips