Well call me arrogant but it seems to me that much of the story is as obvious as the nose on my face. I started SellerDeck back in 1996 to help smaller businesses sell on the web, so I guess none of this is too much of a shock. However, it is still worth trying to cut through some of the rubbish that is talked around this particular subject.

There’s only so much money

Over the long haul, the UK can’t spend more than we earn, so there’s only a finite pot to go around. It doesn’t take a rocket scientist to realise that if out-of-town centres are growing like topsy, every plot of land seems to have a new superstore and online purchases are taking a growing share of the pie, someone is going to lose out and that’s the High Street.

I don’t mind going to town centres from time to time, but I’m usually in a rush. Given a choice between a few mouse clicks or a drive to a superstore car park, versus the hassle of parking in most town centres, and it’s pretty obvious which way I will jump. And I’m not alone.

Town centres typically have astronomical parking charges levied by the local council. I suspect this is to raise revenue but it’s often hidden behind the smokescreen of a green agenda. This ignores the fact that people will often drive further to out-of-town centres as a result. Add in rising rates (with charity shops exempt) and life is increasingly hard for the High Street retailer.

Many years ago I lived in Tottenham and the High Street wasn’t pretty. Loads of shops had closed, and several were boarded up. It was obvious that failure attracted failure. No one wanted to visit, because it all felt run down.

When High Streets start declining, this becomes self-perpetuating. It’s necessary to break the cycle if things aren’t to carry on going downhill.

How the High Street can survive

It’s not in any of our interests to have a boarded-up High Street that becomes a criminal breeding ground. So here is my formula for change, and it’s mostly down to local councils, with some government action needed too.

Stop funding Mary Portas’s media career, and stop wringing your hands. Don’t try to hold back the tide, instead, do the obvious:

The good news for online retailers is that they continue to be in a growing market. However, it’s important to remember that it’s still highly competitive. Poor service will be brutally punished in the age of social media.

Can the High Street survive in some form? I hope so as it seems to be in all of our best interests. I just wish that our politicians will do the sensible things. At the end of the day, with the hyper-supermarkets starting to struggle, online is the place to be. It’s growing, it’s exciting and it’s greener too. That’s where our focus as retailers should lie.

Chris Barling co-founded SellerDeck (formerly Actinic Software) in 1996. He has over 30 years’ experience at the corporate end of the IT industry. He is a prolific writer for a large range of small business media and has also published three books. 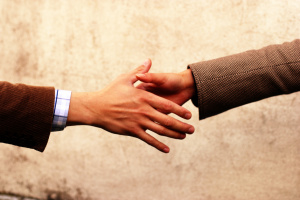 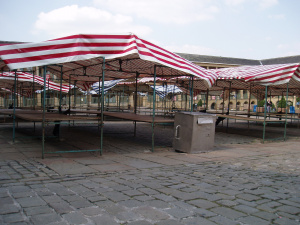