Not many people noticed, but the UK growth figures were revised this month. The original figures – which were greeted by universal handwringing and prophesies of doom and gloom – showed the economy shrinking by 0.07 per cent. Those figures revised this month showed it fall by 0.05 per cent. Good news: that’s around 25 per cent better than the last.

Other figures showed unemployment still coming down and retail spending growing. All in all that’s better news than we thought. If you listen carefully to Bank of England governor Sir Mervyn King, you’ll hear a nuanced point that should provide some optimism.

King says the economy will show zero growth for the whole of 2012; well, if it shrank in the first half then the governor must expect it to grow in the second half in order to reach his forecast. In other words, the Bank of England thinks growth is about to return. More than 313,000 new businesses agree; that is the astonishing number of new business registrations at Companies House this year alone.

However, nobody doubts the economy is currently in poor shape. The euro zone has hurt us and the banks still don’t have our taxpayer funded support into the wider economy. But I get frustrated with the 3D approach of the Labour Party – deflect, distort and divide. They deflect from their own record, which played its part in getting us to where we are now. They distort the real picture, dressing it up as worse than it really is. They seek to divide opinion into them and us, when we really are all in it together.

In November 2009 I tried to get Labour to listen to a sensible idea. I had backed the Repairing Britain campaign, which asked the then Labour government to reduce VAT on domestic repairs to five per cent. A report by Teesside University said the proposal would reduce government revenue by about £2.6bn in 2010, contrasted with government expenditure savings of £3.5bn if 300,000 could be spared unemployment. Unsurprisingly, Gordon Brown’s government rejected the idea.

I still think the proposal is valid. Construction is in the doldrums and firms like my own, which offers domestic repairs in all sectors from plumbing to carpentry, could create even more jobs if this aspect of the economy was offered a stimulus. The best part of the proposal is that, as Teesside University pointed out three years ago, it is cost-neutral.

I’ve stuck to my guns on this issue, but – surprise, surprise – who has joined me? None other than the opportunist opposition shadow chancellor Ed Balls, who now wants the building & repair VAT cut implemented. Why didn’t he speak up in the troubled times of the deepest recession we’ve had, when he was the prime minister’s confidant?

Osborne and the Tories do have the big picture right: you cannot solve a debt problem with more and more borrowing. We also need to remain positive that in dealing with a multi-faceted economy, some things are going right. But there is room for innovative, cost-neutral changes and I think that building VAT cuts is just such an idea. George should ignore Labour’s Ed Balls; but listen to me. 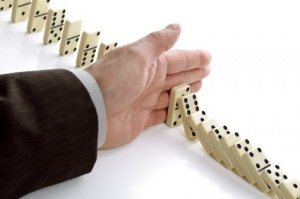 Why the FSA should create an “Innovation Unit” 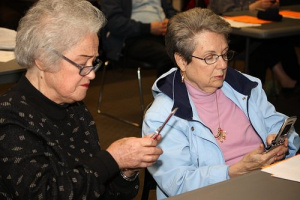