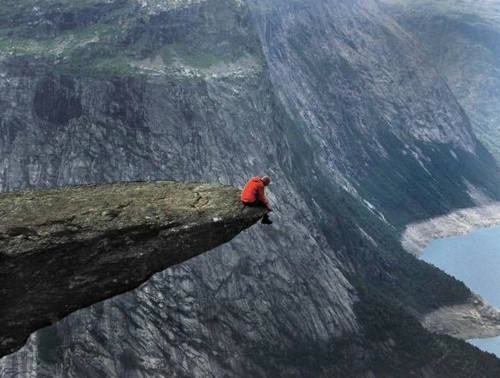 Last week?s official confirmation that the economy went backwards during the last quarter of 2011 should be a real wake up call for everyone.

We are balanced on the edge of a cliff. It’s like that scene in the Italian Job ? and we are Michael Caine. If we don’t figure out how to get hold of the gold, we’re going over. We need to take action. And the best places to start are at either end of the pay scale, occupied by the bankers and the benefit claimants.  Make changes here and things will improve for those in the middle and therefore the wider economy.  While bankers are still entitled to reap bonuses for not making a profit and cutting off the supply of funding for business so they can prop up their own bank balances, the economy will continue to stall.  We also can’t afford to keep paying a huge workforce to not work. Making excuses like “there are no jobs” is simply a lie! Take sandwich shop Subway. It creating 6,000 new jobs at 600 new shops across the UK and Ireland. The question is: how many Brits will fill these vacancies? The fact is, nine out of the last ten people who served me food (who weren’t married to me) were not born in the UK.  I’m the biggest supporter of anyone who is willing to do what it takes to get on in the world, and to provide for themselves and their families, wherever they are from. You have to admire someone who travels thousands of miles for a job ? I’d imagine Norman “get on yer bike” Tebbit almost certainly would have. But if people can cross international borders and even continents to make sandwiches and wait tables to make ends meet, why won’t our lot get with the programme?  These aren?t the only problems we have to deal with ? but they are a good place to start.  What we need is some creative thinking, grounded in common sense. As Michael Caine?s character Charlie said: “Hang on a minute, lads, I’ve got a great idea…” Charlie Mullins grew up on an estate in South London and left school with no qualifications. He started Pimlico Plumbers in 1979, after completing a four-year plumbing apprenticeship. The company employs 150 professional plumbers and turns over more than ?16m a year.