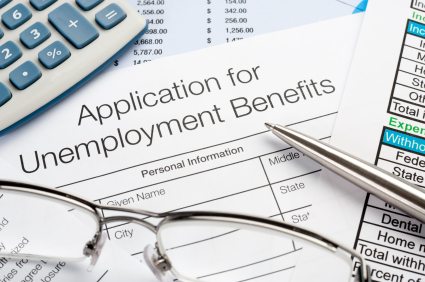 The last week has been awash with?good?economic news. The service sector, responsible for three quarters of the British economy, has grown its fastest since 2006 ? five light years ago, when growth was considered a normal thing.?Construction, one of the least profitable industries throughout the recession, is reporting highest levels of activity for three years and a growth of 0.9 per cent in the 2nd quarter of the year.?

Car sales are reported to be up by 12.7 per cent from last July. Retail sales as a whole had their fastest growing July in seven years ? attributable mostly to sales of sun cream, beer, swimwear and other heat wave related products; perhaps the optimism from the sunny days helped as well.?Even manufacturing is said to be growing at its fastest rate for two years, thanks to an unexpected surge in June. Analyst?s results are predictably mixed. Some are laying the odds on strong growth for the third quarter of the year. Others point out that those overall figures are still nine per cent lower than pre-recession, that sustainability is unlikely, and that the effect of the July heat wave was a one off. Those tracking unemployment figures are certainly not bouncing up and down ? but I believe there are other causes for this. I believe that a substantial chunk of the recession has been self caused by doom and gloom merchants, scaring both companies and individuals alike into frozen non-activity in the early days and thus creating part of the initial onslaught. Good figures such as these can do nothing but good and help create a reverse effect of increased confidence, increasing spending and increasing investment. But for those of us already increasing our sales, we are hit by the problem of finding the right staff. Whatever the unemployment figures might say, the talk is all about skills shortages combined with candidates who, despite austerity, are still nursing completely unrealistic wage expectations. It is notable that strongest areas for growth within the manufacturing statistics include electrical components, transport components. Generally, sadly with the lack of past investment in this country, we are decades behind most of the world in mass manufacturing. The large opportunities that could have lain open in specialist manufacturing have not been taken advantage of and much of our skill sets have died out. Some of this can indeed be addressed by good apprenticeship schemes, though many firms I speak to have signed up to these schemes only to find they have no applicants. The dearth of craftsmen, engineers and so forth created by the yuppie aspiration divide is still alive and well and biting us in the backside. It is odd how faced with a scenario that is unpalatable, people re-act by digging in their heels. I was reading a fascinating article this week on the Greek situation. Although these are horrendous times for the average Greek, businesses have had to be realistic and thus the luxury hotels are staffed by smiling, hard working Eastern Europeans rather than the rebelling Greeks themselves. Harsh but true.? Us Brits are foolish to think we are irreplaceable in the job market; with the unaffordable British candidates around, we too have been flooded by opportunist Euro candidates, the younger generation being wiser to the language difficulties and therefore more immediately attractive to employers. Much of our countries woes are laid at the feet of these job snatchers, but if they have the skills and are keen to work, it is difficult to argue with the sense of employing them and building a stronger economy. Jan Cavelle?is the founder of the?Jan Cavelle Furniture Company.