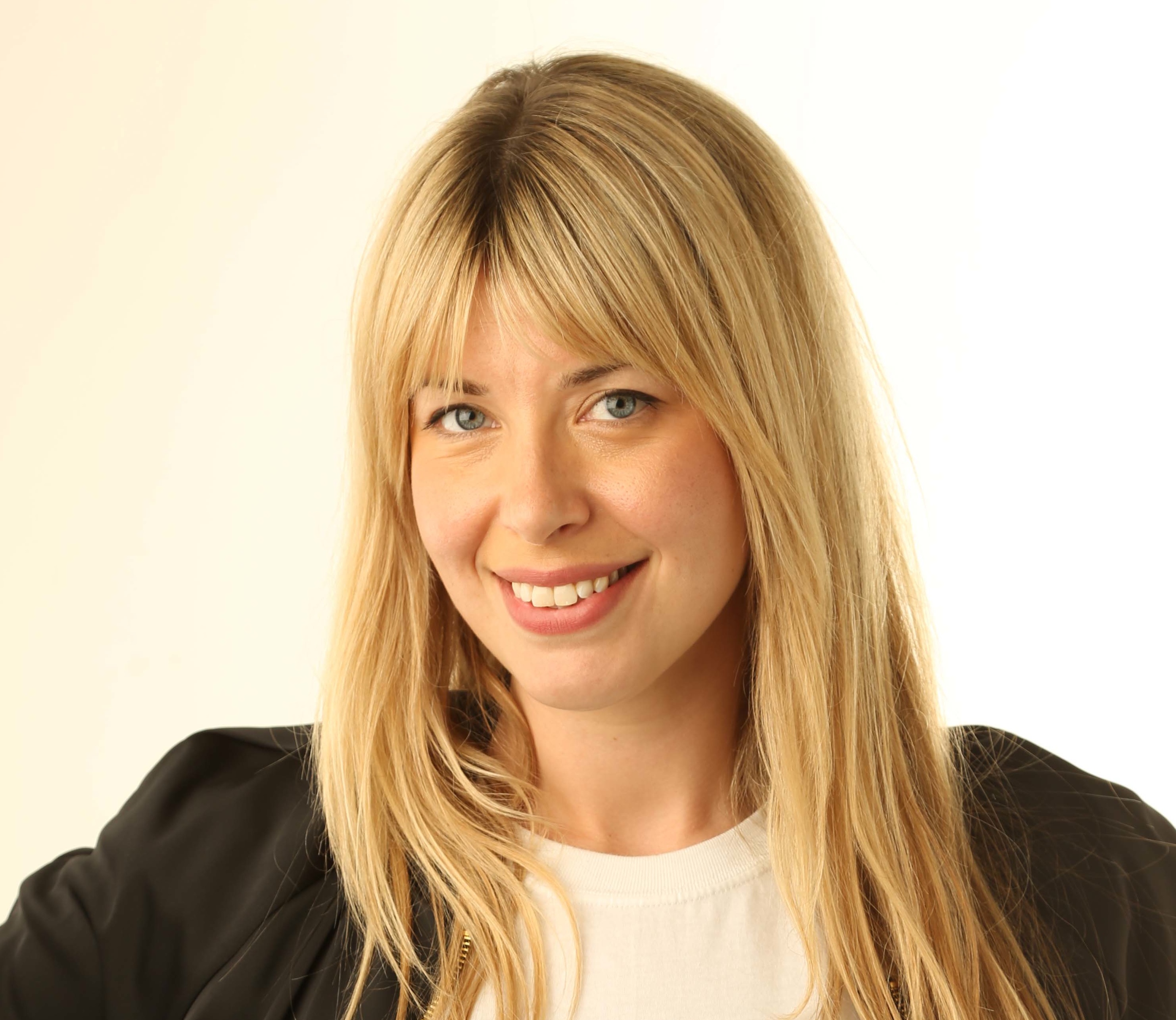 The 2015 list?saw some unsurprising faces make the cut ? with German chancellor Angela Merkel in the top spot, and Hilary Clinton in second ahead of next year’s US presidential elections. The Democrat has appeared on the rankings every year since the list launched in 2004.

It aims to provide an annual audit of the heads of state, particularly well-known entrepreneurs and CEOs, as well as celebrities and philanthropists. The ranking is determined by money, media momentum, spheres of influence and impact. The list is a useful one when compared to others where often female celebrities fill the slots, without many candidates from alternative professions.

Image: Shutterstock Bea Appleby, editor of The Female Lead ? a website and outreach programme celebrating women and different routes to fulfilment ? is all too familiar with this issue. The Female Lead carried out research earlier this year, which found that 92 per cent of the top 200 most-followed females across social media (including Twitter, Facebook and Pinterest) fell into just five professions ? all of which were in showbusiness and celebrity. The majority of female followers ? 86 per cent ? were also females aged 20 and under. For men, there was a much wider range with comedians, business and religious figures, authors, politicians and sports stars all featuring. Appleby said that part of her site’s work is addressing the research’s findings that women only seem to look towards more diverse and feminist role models from the age of 34.

See more about our First Women Awards on June 11

?Social media has been heralded as a democratising force, and in lots of instances this is true,? she said. ?However, our research demonstrates that the most popular females on social media present a more one-dimensional portrayal of womanhood than their male counterparts.” Forbes’ list showcases more of the diversity which Appleby is pushing for. The rest of the top ten includes Melinda Gates, Janet Yellen, Mary Barra, Christine Lagarde, Dilma Rousseff, Sheryl Sandberg, Susan Wojcicki and Michelle Obama. So, the most powerful women on the list cover politics, finance, philanthropy and technology ? and Appleby believes showcasing these types of role models is crucial to helping young women realising their potential across a wide profession spectrum.

Image: Shutterstock ?We’re aiming to do that through the site and with outreach, so we go to schools too. We’re also creating a book of 50 amazing women from all sorts of careers ??from big business to science ? to give to schools, and showcase the breadth of women’s achievement,? Appleby explained. The Female Lead is a fairly new initiative, set up off the back of entrepreneur Edwina Dunn’s ?What I see? project, which videoed a range of women. It asked ?when you look in the mirror what do you see?? with hundreds of women contributing to inspire and motivate others. The aim was to show where women’s efforts may have been previously overshadowed and offering a way to make their voices heard. Appleby said that while there are a range of projects and sites ?actually” out there campaigning ? like Everyday Sexism, which highlights inequality, The Female Lead’s focus is very much on positivity. ?It’s about powerful stories surrounding women doing great things and changing people’s perceptions. We want to disrupt the representation in media like the picking apart of people’s appearances and put focus on achievements,? Appleby explained. Before taking the reins at The Female Lead, Appleby was an editor across a range of youth magazines, most recently Girl Talk ? the UK’s oldest magazine for girls aged seven to 12. She racked up headlines last year for stating the magazine was going unequivocally feminist. ?Really, it was doing a similar thing to what we’re doing now, but for ten-year-old girls ? showing them that it’s not just Taylor Swift out there,? she told Real Business. Appleby recognised the role of the media and its influence ? ?its representation of women affects girls’ aspirations. It’s like that well-known saying, ‘you can’t be what you can’t see'”. ?I thought, I have a platform and an opportunity to be part of the solution,? she added. A survey looking into her readers’ aspirations reinforced this sense of responsibility to stop constantly feeding them the same type of celebrities and inspire confidence about their potential. Appleby admitted it was a tricky balance to introduce feminist content while making sure it was commercial to keep her bosses happy. ?I think they were quite worried about it ruining the magazine’s sales!? she said, though she was given the opportunity to see the idea through.

There were small but significant steps taken to readdress this, with a wider range of role models incorporated and a Girl Talk promise in each magazine stating ?I believe girls are equal to boys?, ?by working hard I know I can achieve great things? and ?I will accept others for who they are?. On a wider level, Appleby feels the improvement of diversity in female aspiration could be helped by the introduction of a ?global summit of women in the media?, to make it a targeted aim, and not just shoving Kim Kardashian down everyone’s throats all the time. While several female figures from politics make the top ten of the Forbes list, it’s interesting that three new British entrants were the Bank of England’s deputy governor Minouche Shafik, the new Guardian editor Katharine Viner and Universal Pictures chair Donna Langley. Queen Elizabeth II was also on the list in 41st place (and like Clinton, has been a mainstay since the rankings came about). In terms of UK political females, we seem to be lacking. Much was made of the brief period where all the main parties (except the Conservatives) were headed up by a woman, following the turbulent post-election week. Harriet Harman took the helm at Labour when Ed Miliband stepped down, Sal Brinton for the Liberal Democrats, Nicola Sturgeon leads the SNP, with Leanne Wood for Plaid Cymru, Natalie Bennett for the Greens and Suzanne Evans for UKIP. Similarly, there was a record number of women winning seats in parliament. Read more on gender inequality: ?There has been a big change politically, but it’s still only a third of MPs,” Appleby pointed out. Raising the profile of those who are actually out there is part of the issue. She mentioned Labour’s Stella Creasy as an example of a politician utilising a social media platform in a positive way. Creasy led a successful campaign to have a woman’s image on a banknote after it was announced that Winston Churchill would be replacing Elizabeth Fry on ?5 notes in 2013 ? which would leave them woman-free. Politicians like Creasy, who can use social channels effectively, have a greater chance both of appealing to younger demographics, and again making them aware of what other aspirations are out there and alternative role models. In terms of visual presence, there’s also the day-to-day situation of TV panels ? from political programming to comedy shows. As The Telegraph reported, many took to Twitter to discuss how many men were on panels discussing the election, as opposed to women. While there may be a tendency to go to familiar figures as a safe pair of hands, creating a vicious circle as the same commentators make appearance after appearance, Appleby also believes that women are asked but often don’t agree. Researchers have spoken to bookers and ?many women turn it down as they don’t feel totally knowledgable?, Appleby said. ?It’s not worth the stress ? some will be sweating about it for days, whereas many men just wing it.?? Appleby herself has appeared on Sky News for discussion of the day’s newspapers and admitted that in the lead up to it, ?I’m sweating through my jacket!?, but feels men don’t necessarily have that confidence hindrance.? She feels there’s a need for women to be more confident in their ability to contribute to these discussions, and for those creating and producing these programmes to specifically seek out more women. ?Most formats are created by men for men, it would probably be a totally different atmosphere if more women were involved,? Appleby added.? By Rebecca Smith