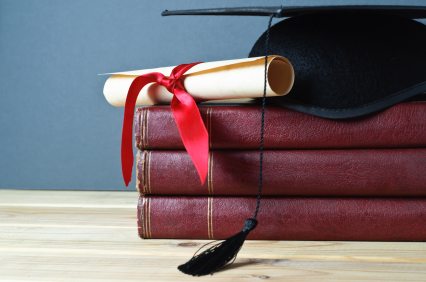 Think an advanced degree is necessary to become a business leader? Hardly. That is among the findings of a study called “The Hidden STEM Economy”, which found that half of workers in the US in the fields of science, technology, engineering, and math (STEM) don’t have or need a bachelor’s degree.

Whistleblower Edward Snowden is among those successful professionals without formal credentials. He’s part of the new mainstream: Tech is one of the fastest-growing STEM areas. Snowden’s former position came close to computer systems analyst, a position that earns an average of more than £48,911 a year.  STEM workers make up one-fifth of the US Workforce already. The most common non-college STEM jobs include trades like auto mechanics, electricians, welders, and logistics supervisors. On average these workers earn ten per cent more than workers at a similar level of education who don’t have a mastery of any scientific or technical field. STEM workers play a huge role in the invention, creation and maintenance of technologies that drive economic growth, in the UK and worldwide. Sub-Bachelor’s level jobs represent an unheralded STEM economy: Half of all STEM jobs do not require a bachelor’s degree, and the share of jobs requiring STEM knowledge has doubled since the Industrial Revolution. And yet, previous studies have focused exclusively on white-collar STEM jobs. The proliferation of non-degree STEM jobs mirrors two things: an education system that’s not keeping up with the demands of innovation; and innovative industries that are finding new sources of talent. The Brookings researchers point out that, in the US specifically, public investment in career and technical education doesn’t coordinate with the opportunities that are actually out there. “Of the £2.5bn spent annually by the federal government on STEM education and training, only one-fifth goes towards supporting sub-bachelor’s level training, while twice as much supports bachelor’s or higher level-STEM careers.” In the UK, rising tuition fees systematically privilege students from higher-income backgrounds. At the same time, the engineering industry is struggling with a desperate skills shortage. By 2016, Britain will need to train 96,300 new engineers and scientists just to replace those who retire – and it doesn’t look like we’re meeting target.  Nida Broughton, senior economist at the Social Market Foundation, is quoted in Times Higher Education as saying: “The government has made clear its aim to rebalance the UK economy towards manufacturing and away from financial services. The real solution (…) lies in starting much earlier to boost GCSE attainment across the board. Expanding the supply of science and maths teachers will therefore be vital in the long-term.” The Social Market Foundation says efforts should be made to tackle underperformance in GCSEs by boys and underprivileged children, and the low take-up of science A levels by girls. However, such efforts would still yield less than half the number of extra STEM graduates required. A solution to the problem may be the dozens of ways outside the formal education system to learn how to program and get started with a STEM career. From organisations such as General Assembly, to forums like Stack Overflow, cheap or even free options are out there. The technology industry is leading the way in creating alternative educational paths themselves.

Pros and cons of using open source software in your business

How to protect your eCommerce store and customers from fraud