Without a focus group to take potential changes to, the prime minster and their cabinet are often faced with announcing policies for which they have little idea what the response will be. The result? Government u-turns show backlash can lead to an about-turn.

Changes to NICs for self-employed

The latest of our government u-turns, and first for the current chancellor, involves controversial plans to levy changes tax changes for the self-employed.

In his Spring Budget announcement, Hammond introduced incremental increases to Class 4 NICs – the rate of national insurance contribution that is based on an individual’s annual earnings. An increase to ten per cent in April 2018, and ultimately to 11 per cent in April 2019, was unveiled.

However, after parties from a variety of corners accused the government of un-necessarily targeting the self-employed community, it only took a week for this most embarrassing of government u-turns.

This government u-turns example can be placed at the door of prime minister Theresa May, who let home secretary Amber Rudd tell an audience at the Tory conference that companies would be required to draw up lists of foreign-born staff.

Complaints were made that any data produced through this measure would be used to “name and shame” certain companies. That, combined with accusations it was akin to tattooing workers “with numbers on their forearms”, Rudd and the government backtracked and dropped the plans.

A 500 per cent increase in fees paid by those involved in immigration and asylum cases were proposed at the beginning of 2016, but were ultimately dropped by the government.

It was predicted the fee increase would be worth £34m a year to the government, but fell down following assertions it may deny vulnerable people the means to challenge the lawfulness of decisions.

Moving back to former chancellor George Osborne, this gaffe involved plans to scrap the system of pension tax relief – adding somewhere in the region of £21bn to the Treasury coffers.

But, after being accused of targeting higher earners and facing a revolt from MPs, Osborne was forced to shelve the plans and add another to the list of embarrassing government u-turns.

In 2016, ministers wanted to water down rules that limit shops opening on a Sunday, which feature a six-hour cap for major supermarkets, as well as handing the decision over to local councils.

After feeling the wrath of both business groups and MPs, many of whom felt the changes would dump further pressure on struggling independent businesses, a House of Commons vote resulted in a 317-286 loss for the government.

While the Conservatives never acknowledged this as a u-turn, no changes to laws have currently been made.

It was a tax change never meant to catch the attention of the British electorate, but when Osborne included plans in his Budget documentation to apply VAT charges on our beloved Cornish pasties it became known as Pastygate.

VAT was not, and is not today, charged on most food and drink – but is applied on takeaway food sold to be eaten hot. Previously, hot savouries such as pasties and pies were except.

After being called “incompetent” by Labour ministers and being told the change would have a negative impact on jobs and businesses, it marked the first of many slightly humiliating government u-turns for Osborne. 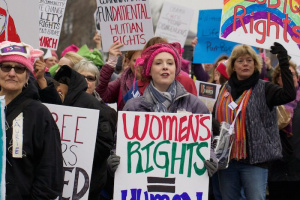