The number rose by 0.8 per cent, while server revenue also grew in the second consecutive quarter of 2014 after ten previous quarters of consecutive revenue declines.

“The second quarter of 2014 marks a key milestone in the server market for many vendors, as both shipments and revenue grew for the first time since this period in 2011,” said Errol Rasit, research director at Gartner. “Despite the steady improvement in the server market, these positive results highlight the end of a slump, rather than a return to growth. Server providers must continue to ensure that a focus on growth remains a top priority.”

At the top of the list of server vendors, HP extended its revenue share lead with 7.3 per cent growth: a strong result given its shipment decline of 5.2 per cent.

Second-ranked IBM exhibited single digit x86 growth, despite announcing the divestment of this business. IBM’s top level result suffered because of a cyclical low point in mainframe sales and ongoing weakness in its RISC systems business.

Third-placed Dell’s recent momentum continued with a strong second quarter, as its revenue increased 13.5 per cent, and its shipments grew 5.5 per cent.

“Despite top line positivity, mixed vendor and regional results during the second quarter highlight the ongoing challenges the server market faces in EMEA,” said Rasit. “Underlying demand is increasingly positive, but server customers are increasingly discerning regarding technology choice and cost. These two opposing factors could limit server market growth in 2014, although we expect continued improvement in the second half of the year.”

In the second quarter of 2014, x86 server revenue increased by 12.7 per cent in EMEA. RISC/Itanium UNIX revenue declined 23.6 per cent and the “Other CPU” segment revenue decreased 17.8 per cent.

“It’s not surprising to see the x86 segment driving growth in EMEA, however, double digit declines in the RISC and Itanium Unix segments were weaker than expected, highlighting ongoing instability,” said Rasit. 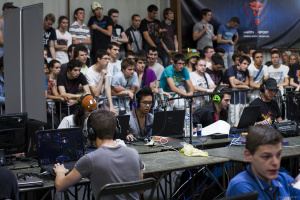 Why did Amazon pay more than £500m for a gaming website? 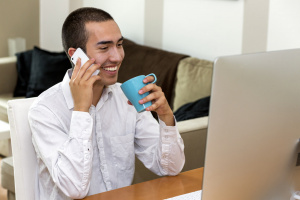 Say thank you once in a while – it’s worthwhile