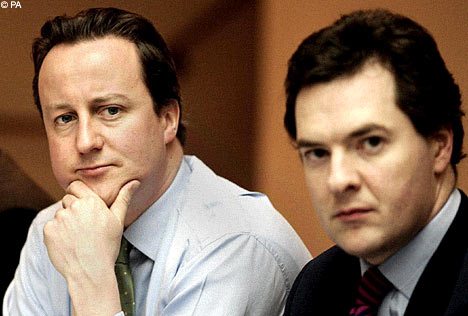 No, more than just cutting government spending will be needed in the June 22 emergency budget – there will also have to be substantial increases in income tax, say Britain’s private sector finance managers.

Business analysts Lindsell Marketing conducted research amongst 1,000 UK company finance professionals, and the findings are clear: an overwhelming majority say income tax must rise in order to tackle the current public sector deficit. According to Britain’s financial managers, the current £150,000 threshold for higher rate income tax may be too high to have any meaningful effect. A quarter of respondents recommend prioritising tax rises for £150k+ earners, but a further fifth think the threshold should be reduced to £100k+, and another fifth feel it should be just £50k.  Using HMRC figures, Lindsell Marketing calculates that a ten per cent increase in income tax revenues from £150k+ earners would raise just a few hundred million pounds, whereas a ten per cent increase in income tax revenues from £100k+ earners would deliver several billion pounds into the exchequer. Plus, this additional burden would only affect the 700,000 or so wealthiest taxpayers while raising significant sums. “Tinkering round the edges with insignificant tax revenue streams such as inheritance tax, capital gains or property taxes is largely a waste of time,” says Paul Lindsell, MD of Lindsell Marketing. “Most important is to establish an income threshold for upper rate tax that brings in significant sums.” In terms of spending cuts, finance professionals advise that the government concentrates on central government and quangos – leaving the police, NHS and local government largely alone. This key finding, says Lindsell, suggests that finance managers believe health, law and order and local government to be “leaner” than central government and quangos. “The new administration really needs to pay attention to the outcomes of this research,” continues Lindsell. “Experienced finance professionals, who have to make hard decisions week in, week out, are telling the new boys on the block to get straight down to the hard tack. “With the inter-party negotiations out of the way, the first 100 days of this government will be judged on one key issue – tackling the public sector deficit. Dogma has to be thrown to the four winds and the door opened to level-headed practicality.” Do you agree? Should income tax be raised? Leave your comments below.