First, it’s worth noting the distinction between partnerships (or firms) and limited companies, as these terms are often wrongly used interchangeable. They are fundamentally different business ownership structures.

In brief, partnerships (and, since 2001, limited liability partnerships or LLPs), which are most common for solicitors, accountants and other professional practices, are owned and managed by their equity, or profit-sharing, partners. Companies, on the other hand, are run and managed day-to-day by their directors but owned by their shareholders.

At one end of the spectrum, the directors and shareholders are one and the same (“owner-managed businesses”) and at the other – eg Tesco plc – the vast majority of the shares are held by unconnected individuals and institutions, even though the directors are likely to have considerable shareholdings and/or share options.

The private limited company is the most common form of business ownership in the UK with currently around two million in existence.

The John Lewis Partnership plc (which is a public limited company and not a partnership in legal terms) is perhaps the most commonly cited co-ownership business in the UK.

Most large businesses in any sector recognise the value of incentivising staff, the ultimate example of this being the multi-million pound bonuses paid by investment banks to their bankers. But the concept of partnership among employees is one which the directors and majority owners of a number of companies with turnovers of a fraction of John Lewis’s £8bn have also embraced.

Clearly this is not purely out of altruism – they see the real value to them, as well as to their employees, of the psychology of ownership and the incentive effect of that.

The government wants to encourage further take up of this business model by announcing an intention to cut red tape and reform the tax system in an attempt to make this a viable option for more companies with the aim of creating a “John Lewis economy”.

The vision is to create more “responsible capitalism” in which staff engagement, loyalty and commitment, particularly within small and medium business enterprises, will play a part in driving the economy through the troubled waters which lie ahead.

Whether take up will be sufficient to achieve this wider aim is perhaps debatable and will largely depend on the detail of the government’s plan for reforms. But in terms of the potential benefits to individual businesses, it is long recognised that employee share incentive plans can be used very effectively to recruit, retain and motivate quality employees and, depending on the type of scheme, there may be the possibility of tax and national insurance contributions (NIC) savings for both employer and employee.

Tax savings are particularly attractive where enterprise management incentive (EMI) options can be used. In these difficult times, there is inevitably less pressure on companies to offer salary increases, but if employees feel they are being incentivised in the long term via other methods, such as a share plan, they can remain positive in their outlook.

This can be a low-cost option for companies and for would-be optionholders, who do not have to pay for their option shares up front, unlike if they become shareholders. And in many ways, minority shareholdings in private companies have limited value – there is no immediate market to sell them (although a market can be created) and unless the directors decide in their discretion to declare dividends, shareholders will derive no income from the shares they own either.

But it is the intangible, psychological feeling of being part of something which, rightly or wrongly, makes people want to participate in share ownership structures. This is particularly the case in economies such as in Cambridge where fortunes have been made quickly from small stakes in fast growing technology businesses.

Individuals can exercise share options, buy their shares and then immediately sell them to the buyer of their company and in most cases, they never have to use their own funds, the purchase price simply being offset against the sale proceeds.

The same psychology is true for business partnership models, where most professional employees do wish to become part-owners of the business for which they work at some point – thereby becoming self-employed and “working for themselves”.

While, in practice, management structures within both companies and firms will always result in some individuals being more equal than others, a number of the best performing businesses do have day-to-day working practices which are genuinely based on collaboration and working together, consistent with their shared legal ownership structures.

In considering whether to implement such schemes, businesses should also give thought to the potential downside.

Depending on the type of scheme, where ownership schemes are implemented, there will be particular issues that arise on leaving the business, such as potential disputes surrounding “good and bad leaver” provisions where the amount (if any) which is paid for a shareholding, and the right or obligation to sell it, depends on the circumstances of departure.

Similarly, it is common for share options to vest over time (which generally means become the optionholder’s permanent right) with unvested options at the time of leaving the company lapsing. The rationale behind this is to keep people incentivised right up until the point of a sale or flotation with a loss of financial return for those who do not last the course.

There are numerous theories as to how shares options are best granted to maximise employees’ efforts, for example over time but also linked to objective performance conditions.

Although the most recent raft of companies legislation does reduce the administrative burden on smaller companies (for example they no longer generally need to hold AGMs and resolutions can be passed in writing without 100 per cent of shareholders approving them), there are still matters requiring shareholders’ approval which impact on what the majority owners or the directors wish to do.

Care therefore needs to be taken that the generosity of offering shares to employees does not result in them having disproportionate influence if they together end up with a right of veto.

Documenting properly any such arrangements in a shareholders’ agreement is therefore paramount. This is one key advantage to granting share options rather than allowing the company’s shares themselves to be acquired. The inconvenience, management time and legal cost of dealing with a departing employee who may be fixed on keeping some kind of minority shareholding should not be underestimated, where clear provisions dealing with this have not been agreed by all stakeholders at the outset.

While retention of employees does assist with business stability, longer service also leads to greater costs. Expected annual pay rises do assiduously creep up to above market levels of pay for a particular role over a number of years, culminating in a potentially significant entitlement to statutory redundancy or notice when the employer finally wishes to terminate employment. Severance negotiations may be more difficult where an employee is also facing the prospect of losing the value imbedded in his or her share options.

While certain benefits may seem outwardly attractive, the co-ownership business model will not suit all. Considered thought should always be given to the particular circumstances and requirements of the enterprise in question. Experienced lawyers, accountants and tax advisers ought however be able to add value in this area in terms of offering advice on balanced structures which are appealing to all parties.

It is also possible to do this in a way which allows any potential new stakeholders to come onboard at a later date with a minimal amount of additional business structure work being required.

Adam Bradley is a corporate partner at Taylor Vinters. 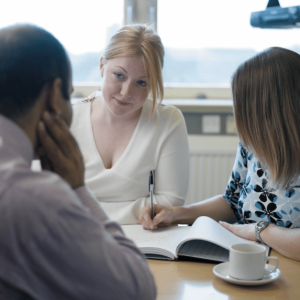 Getting the most out of apprenticeships 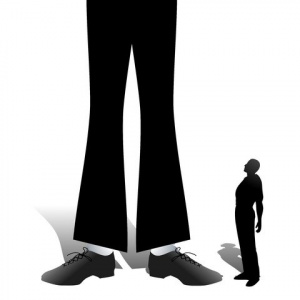