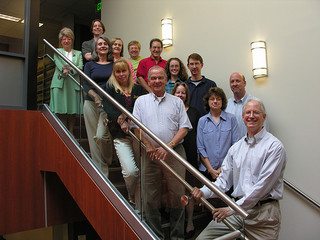 Also expected to come into force from 6th April 2014 is the introduction of the power to levy penalties on employers who lose Tribunal claims. It is planned that tribunals will have a discretionary power to impose a financial penalty on employers who lose at tribunal where the breach of employment rights has one or more aggravating features. If the tribunal decides to exercise its discretion to make such an award, the amount of the penalty will be 50 per cent of any financial award. The penalty will be subject to a minimum threshold of ?100 and an upper ceiling of ?5,000. Where a non-financial award is made, the tribunal will be able to apply a monetary value. Employers will qualify for a reduction of 50 per cent if they pay the penalty within 21 days.

Following a major review of work place sickness absence, it is anticipated that from the Spring 2014 the government will introduce the Health and Work Service, a state funded health and work assessment and advisory service which will offer free occupational health assistance for employers, employees and GPs, including: The government also intends to abolish the SSP record-keeping obligations and allow employers to keep records in a more flexible manner.

From October 2014, the Government plans to introduce regulations giving employment tribunals the power to order equal pay audits where an employer is found guilty of gender pay discrimination in relation to contractual or non-contractual matters.

A draft order is expected to be issued by the government in October 2014 also under which it will be provided that caste is an aspect of race, therefore making caste discrimination unlawful.

At some point in early 2014 judgment is expected in respect of the judicial review of the new employment tribunal fees regime first introduced by the government at the end of July 2013. Two judicial reviews of the new regime are currently progressing through the courts. The public sector union UNISON and Scottish law firm Fox and Partners both applied for judicial review of the introduction of fees. The government has given a Great Britain-wide undertaking that if fees are found by the respective courts to be unlawful, all fees will be repaid with interest. It is by no means certain that the result of these applications will be and whether the new employment tribunal fees regime will remain. The decision is therefore awaited with keen interest.

With changes in UK employment law continuing to be introduced at a breathless pace, it is vitally important that businesses keep up to date with the latest developments in 2014. As a starting point, it is recommended that employers review their existing employment policies, practices and procedures in light of the latest changes to ensure they are consistent with best employment law practice so as to avoid unanticipated liabilities for their organisation. Julian Cox is Partner and Head of Employment Law at Fletcher Day. Image source