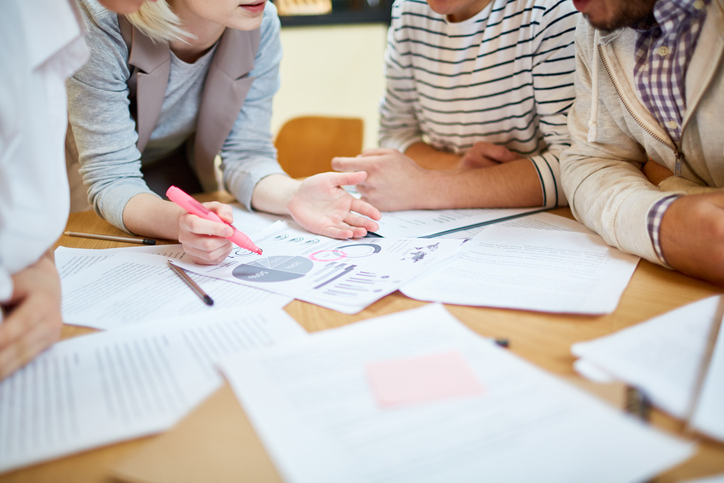 He suggested the selected young players are better than they think – and has encouraged them to criticise each other so as to raise the bar.

“The players we’ve picked have a point to prove and are hungry,” Southgate said. “That brings energy and competition right across the squad. They get on, and that’s a starting point. The next stage is that they start to pull each other, raising standards of how we train, getting hold of each other on the pitch. But just getting on isn’t enough.

“They must not be afraid of upsetting each other. They have to be brave enough to have conversations that need to be had. It’s one of the things that makes a winning team: when you’re comfortable enough with each other so that, when you have those conversations, it is not held against you. You move on quickly from it. It is recognised as trying to get the best out of each other.”

His words offer advice for businesses as well. Ideally, you want a team that gets along and spurs on productivity. You want the experience, yet you want a fresh perspective as well. And, as Southgate explained, you want them to be comfortable enough to share ideas and criticism. The best way to get this balance right is during the recruitment process.

According to ELAS Group’s HR director, Pam Rogerson, if you don’t get it right from the start, employees won’t gel and work well together. Problems can then arise, such as poor organisation, missed deadlines and conflict within the workplace.

“No matter how talented an individual is, if they can’t work as part of a team then their performance – and that of the entire team – will suffer,” Rogerson said. “As HR director, one of the things I look for when recruiting is someone with enthusiasm, who’s able to give strong examples of their past team work.

“One thing that’s always a good indicator of attitude is whether an applicant speaks in terms of ‘I’ or ‘we’. A good communicator can establish where they have contributed to a team or put the team’s interests and performance above their own glory. Compassion for others, ability to change, when necessary, and empathy to see others’ viewpoints are all good indicators as to whether an applicant will be a good team player.”

Targeted questions or competency testing to establish whether someone is better working in a team or on their own, were also recommended.

“Youth and experience aren’t necessarily on opposing sides of the scale,” Rogerson added. “You can be young and experienced to the level required for the role. Similarly, age does not necessarily mean their experience is good for a particular role. Some positions legally require certain qualifications – and I would say that playing for the England team in a World Cup requires a certain level of skill.

“Experience alone does not suffice; if something isn’t working and you’re not getting the results that you’re looking for then it’s time to shake things up.”

The England team has been criticised in past tournaments for not playing to their full potential and it looks as if Southgate has decided it’s time for a change. In business, as in football, each person would have been looked at on their own merits.

“Personally I like to give the right person a chance to demonstrate that they can learn and grown into a role,” Rogerson opined. “Hiring a less experienced candidate gives a manager the opportunity to teach and mould the candidate into their company’s requirements and way of doing things. It can be very hard to get your feet on the employment ladder but, by giving someone with little to no experience a chance, you can often see raw talent turn into a future leader.”

When it comes down to it, building a team is all about choosing the right personalities, ensuring that everyone performs at their peak both as a team, and as individuals within that team.