Queen of Code was launched to support British women who are writing and developing for the game industry, with Creative England and Crowdfunder promoting the project to find the country’s finest female coders.

Those interested were required to open Crowdfunder campaigns with a minimum target of raising £2,000 from supporters in exchange for assets, with the top five to then receive £3,000 in funding apiece from Creative England.

Phil Geraghty, MD of Crowdfunder, added: “Over 800 members of the public have shown their support for these projects, five of which will now receive additional funds from Creative England. Crowdfunding is becoming a crucial part of the funding mix for many grant giving organisations.”

The winning projects to secure investment on top of their Crowdfunder funds were:

2. Lux & the Shadowmaker by Constance Fleuriot – Achieved £5,057 from a £5,000 target; game is based on light and shadows, and virtual reality version is set for Facebook’s Oculus Rift

4. Star Catcher by Alice Bowman – Achieved £2,269 from a £2,000 target; fairytale-style gameplay in which users must point and click to collect stars

5. Thinking by Slie Labs – Achieved £5,312 from target of £5,000; puzzler that comes with music, animations and timed questions

More than 50 games were entered into the competition, though the top five hit their targets with the most backers.

Caroline Norbury, CEO of Creative England, said: “It’s fantastic to see these women on the path to making their ideas a reality while setting an example for diversity in the games industry.

“At Creative England we are always looking for new ways to provide much needed funding, and with our first foray into crowdfunding, Queen of Code has proved to be an accessible and innovative method of alternative finance for these dedicated games makers. We look forward to the next opportunity to join forces and offer something unique to England’s creative industries.”

Samantha Liebenberg, Slie Labs, added: “Taking part in Queen of Code has been a real game changer for us. Not only did the Crowdfunder campaign give us the opportunity to raise funds and awareness, the additional match funding gives us the ability to expand and grow as a company.” 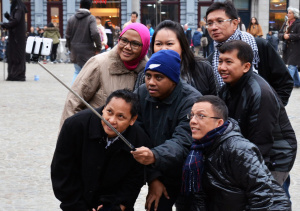