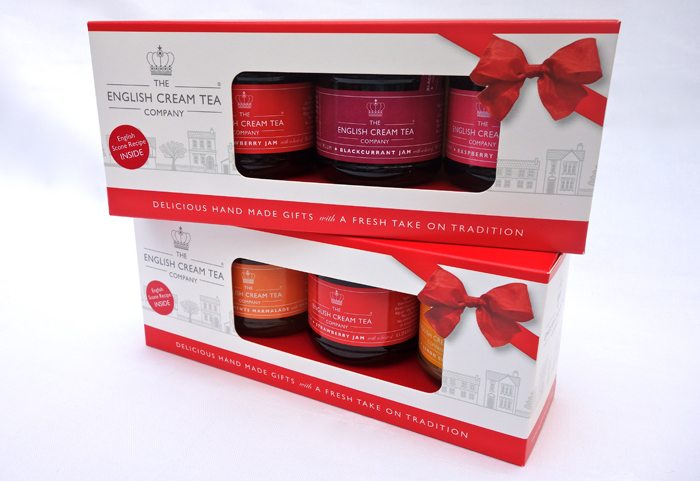 Share via
Jane Malyon is the founder and chief scone gnome at the English Cream Tea Company, but this is no run-of-the-mill bakery. Malyon is dedicated to preserving the tradition of the afternoon tea, and helping it spread throughout the world. ?I?m truly passionate ? I hate that word because it?s so over-used, but I really am ? about the tradition of the afternoon tea,? she said. ?I?ve given a TEDx talk on it and I?d love for it to spread around the world. It?s about taking time out, afternoon tea is a pause in the day when you put your phone down and look at people for once!? The idea for the business came when Malyon spotted a gap in the market to provide an afternoon tea home delivery service. She had been running a catering business for around 35 years, but this was something new ? the first challenge was to find a way to package the products and get them delivered.

Malyon and her team at the English Cream Tea Company had to find couriers to get the fresh food delivered on time before it spoiled. ?We knew we could make the deliciousness, because we were already high-quality caterers. But how could we send it so that it arrived safely and the sandwiches weren?t blue and furry? ?We went through 17 courier companies. That?s how we chose.? Some of the companies ruled themselves out ? for example, some charged the cost of a taxi ride and Malyon was quoted ?240 to deliver a ?65 product from Essex to Liverpool. Once they had narrowed it down to a few suppliers, the team started a trial and error process. ?We sent some packages to ourselves and people we know and it was obvious if the parcel was not cared for,? explained Malyon. ?We would temperature probe the packages before opening them, during the opening and once they?d been opened and record all the results.? Malyon also sent some products to the courier companies and endeavours to build personal relationships with her provider ? when her current courier has a string of successful deliveries, she will send a parcel of brownies as a thank you. This approach seems to be working well ? the manager of the depot called her only recently to order a hamper for his mother. For Malyon, when choosing a provider, customer service is crucial. Although price always has to be a key consideration.

While the couriers Malyon uses work well in the UK, a different approach is needed for the rest of the world. Of course, some fresh products would not travel well and the hampers have had to be designed specially to include products that can be exported. On the first day of business, the Facebook page of the English Cream Tea Company got enquiries from five other countries. ?Our brand is Brand Britain, in effect. We believe we are representing the best of British, and that is of particular interest to those abroad. My conclusion is that the non-British value our Britishness even more than we do,? she said. Although nobody really knows yet how the Brexit negotiations will pan out, Malyon hopes it could be a positive thing for the company. ?The more British Britain is, as opposed to being European, maybe the more special our great tradition of afternoon tea is. ?I?ve looked at how other countries view it and for example Nelson Mandela described afternoon tea as Britain?s greatest export.? Despite such strong backing, Malyon has had to consider how to mitigate her risk against volatile markets and political uncertainty just the same as many other businesses. For this reason, she has started exploring the idea of exporting to places like America, Australia and Singapore to ?Brexit-proof? the business. ?We hate forms, we hate bureaucracy, and the more onerous the paperwork the less likely we are to plump for that particular country. If there?s low-hanging fruit, currently we have to take it ? there are so few of us, and we have to think about our time ratio,? she said. Finding the right couriers, agents and distributors can be a lot of work, but for Malyon and the English Cream Tea Compan?it is clearly worth it to see her products gain traction all over the world. ?When people abroad send me photographs of my products in the shops, even in this country if they see them and post photographs or email them to me ? it makes our hearts skip a beat.?