How did you get involved in Dragons’ Den?The BBC approached me at the start of the summer. They were interested in adding new entrepreneurs to the Den. I found it appealing because it was what I had been doing everyday; backing individuals to create successful businesses and make a lot of people wealthy. I thought that the Den would work along the same lines.So it was nothing new for you?Theoretically, no, but it turned out to be much more difficult! I think that, for me, it is harder than for the others because I do this for a living and have a very disciplined approach to investing.

Typically, you take a call, request further information, get a feel for the project and then set up a meeting. The whole objective of the first meeting is chemistry, as it takes at least a couple of hours to get to know the person. If you like them, you invite them back to talk about the product and service and familiarise yourself with the market.

Then you meet again and bring an accountant to talk seriously about numbers and projections. Finally, you negotiate for several hours on making an offer. I have been going through that process for ten years. Now I have to do it in sixty minutes – it’s a very different skill.

What’s money to you?No matter how much you have, £100,000 is a lot of money to lose. The sums involved are irrelevant, really – a pound invested badly is a pound you’ll never see again.

How do you find the other Dragons?They’re a great bunch of people. It’s very intensive when you’re filming. We do 8am to 7pm for five straight days, so we’re spending a lot of time with each other.

And, of course, they are incredibly bright people; they can see the same opportunity as you do. So, on top of all the fast calculations you have to do, you are in a very competitive environment, which is something that I enjoy.Presumably you can pull out afterwards in “due diligence” if you don’t like what you hear?You don’t do it on that basis. Providing the proposition is what they said it would be, I like to keep my word. If it isn’t then, of course, you don’t have to, but all the Dragons are pretty committed to executing the deal.

My first deal has gone through as described on the show. I met with the entrepreneur, Laban Roomes, afterwards and found him to be very charming. I liked his idea – which was a portable gold plating system for mobile phones, iPods and similar items – but he had been very nervous in the Den and found it difficult to communicate his numbers with four cameras on him. Actually his figures were very intelligent and totally sound so we signed on the deal as agreed.What are your motivations behind being on the show?It is all about deal origination. Dragons’ Den presents a great opportunity to meet a lot of entrepreneurs in a very short period of time. Under normal circumstances, that just wouldn’t happen. Also, I get to see people who might not ordinarily operate in the same sphere as Hamilton Bradshaw, which is very interesting for me.

It was, of course, flattering to be asked to join – I was very proud to be recognised for my professional achievements, not to mention extremely nervous at the prospect of appearing on television. I appreciate that it might look like vanity, but that isn’t the case. I am not interested in celebrity; I am a businessman.

Is it a distraction from your core business?It is time consuming when you are filming, but it is a hell of a lot of fun. We don’t shoot again until March next year, and there is very little to do after that other than follow up with your investee businesses, which becomes part of your schedule anyway.

Do you think Dragons’ Den sends out a good message to the world about how investment works?I think it’s a fabulous idea because it encourages entrepreneurship and gives people hope. Look at Levi Roots: he had been making that sauce for ten years and selling it at carnivals. He gets backing from two Dragons, who build a proper business around it, gets an agreement with Sainsbury’s and now Reggae Reggae sauce is one of its best sellers.

It shows that if you have a concept that you really believe in and the right backers, you can be very successful – that’s got to be a good thing. In the real world, though, you need to put in much more time and effort and the whole process is much longer.

So, potential entrepreneurs shouldn’t get the wrong idea about the mechanics of business from Dragons’ Den?Absolutely. People must understand that it isn’t really that simple to raise money. 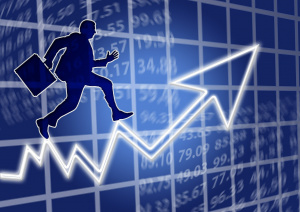 How do you give an economic outlook?