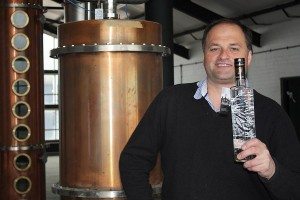 William Chase, founder of the Chase Distillery and Tyrrells Crisps, blasts the Chancellor’s plans for another set of Enterprise Zones, describing them as a “criminal waste of cash”.

“The Thatcher government wasted huge amounts of cash on Enterprise Zones in the eighties. They didn’t work then and I don’t see any reason why they should work now,” he says. Conservative governments under Margaret Thatcher and John Major both displayed a penchant for creating Enterprise Zones and 38 were established between 1981 and 1996. “A recent report by the Work Foundation points out that 80 per cent of jobs in Enterprise Zones have just been displaced from elsewhere – and so they may bring short-lived prosperity to one area at the expense of another,” Chase continues. “The report also shows that each job created was at a cost of £23,000. A second report, from the Centre for Cities, warns that the eighties-style Enterprise Zones will simply not work in the present climate.” Chase calls for the government to instead spend money on supporting British companies who are struggling to enter the export market. Join the debate and post your comments below.