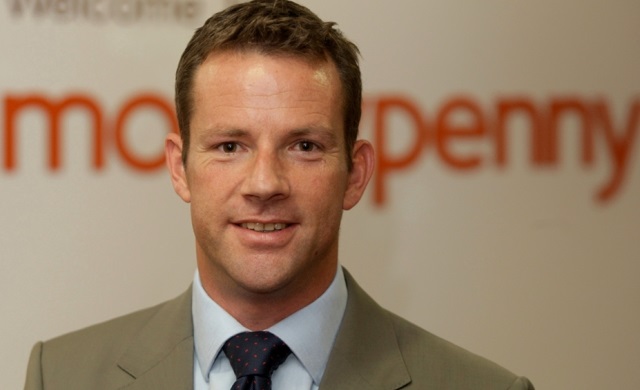 I’m a great believer in learning from history, and the one thing it’s taught me as an entrepreneur is this: rule-breaking is a necessary part of innovation.

Take a quick glance at some of the world’s most successful businesses and you’ll see that the one trait they share is a willingness to break every rule held sacred by normal convention.  One of the best examples of this is perhaps easyjet. At a time when flying was still very much viewed as a luxury, in waltzed Stelios Haji-Ioannou with his bright, can’t-miss-it orange branding hoping to revolutionise the face of air travel. And revolutionise it he did.  From offering passengers the chance to book directly over the phone to making seat allocation an optional extra, the aviation mogul realised there were a large proportion of holidaymakers who didn’t want to spend their money on free coffee refills. He literally rewrote the rule book, and boy did it pay off in the form of easyJet.  Red Bull is another company that has gone against the norm, this time in terms of marketing. Historically, most companies have only ever used event sponsorship as part of a larger marketing plan. Red Bull, however, turned this into an art form. By inventing, creating and branding its own events – of which there are around 90 – the drinks manufacturer has ensured it gets maximum exposure, stunning brand positioning and a previously unheard of ROI. Cleverly, the firm also realised that creating its own events would demonstrate a commitment to the sport and audience; an authenticity that resonates with the consumers lapping it up.  More recently, Airbnb co-founder Brian Chesky is another entrepreneur who’s hit the headlines. Essentially a giant online marketplace for sharing homes and spaces, the website has reportedly shaken up the hospitality industry with competitors being forced to adapt, and fast. Unsurprising given that an estimated 30m consumers have already used it to book a place to stay. Read more about Reeves’ innovators: The bottom line is that if you want to be anything other than an “also-ran”, nine times out of ten you have to challenge convention and break a few things.  If we, as business people, listened to every person that told us something couldn’t be done we’d never even get our company off the ground. I know this is certainly true of my own experiences. When my sister and I founded Moneypenny we were categorically told by every business advisor we saw that we were making a mistake; that there was no market, or if there was, we’d not capture it without a respectable marketing budget. Fortunately we both shared the same conviction, and were adamant that we were right.
We knew it was our “easyJet moment”.    Our run of being told something couldn’t be done didn’t end there though. The first few years in business were fraught with a seemingly never ending chorus of ‘no’. For instance, in an industry where everyone paid on invoice, we wanted to create cash flow by being the first UK micro business startup to get authorised for direct debit origination. It meant dealing with BACS directly to get them to persuade our bankers, but we managed to do it.  Then there was the challenge of setting up our phone systems. According to industry experts at the time it wasn’t possible for one company to be able to route calls for thousands of businesses so we created our own bespoke system. It did on occasion feel like an uphill battle, but these two battles alone put clear water between us, and our then much larger competitors.  In fact, this hasn’t changed. Like most businesses, we’re constantly evolving and this brings with it an inevitability that we’ll venture into unchartered territory. Our new headquarters, for instance, is a current case in point. As an expanding company we needed to find a new home but were left unimpressed by the impersonal, and frankly boring, office blocks on offer. So we threw away the rule book and decided to build our own office. After all, the manufacturing industry has long been creating commercial premises to suit its needs and I’ve never understood why the majority of companies simply choose to follow a standard template. This has, again, meant challenging convention – breaking a number of British Council for Offices guidelines along the way – but it’ll be worth it. I have absolute faith that it will be the most productive environment possible, and will add immensely to our business.  For us, and for most successful businesses out there, each of the occasions we’ve deviated from the traditional route have been a turning point for us. We’re not always right, and we’ll possibly make some costly mistakes, but we didn’t go into business to survive, we did it to succeed. Now I enjoy it when someone says no or tells me something can’t be done. Why? Because I know it means there’s an opportunity lurking there.  So, my advice to any business is this: by breaking the rules, by laughing in the face of “no”, you’ll create opportunity, and that leads to success.    Ed Reeves is the co-founder and director of telephone answering service and outsourced switchboard provider Moneypenny.