Walltastic now sells over 5,000 units every month in over 35 countries, and has products stocked in large online retailers such as Amazon as well as 150 other online shops specialising in homeware and children’s goods.

His only problem? He hasn’t cracked Britain yet, despite manufacturing all of his products right here in Blighty.

This isn’t for lack of trying. Evans has approached every single large British retailer, but – with the exception of Harrods – has been rejected by all. He’s even enlisted former Dragon Rachel Elnaugh as a non-executive director to help.

“It’s so frustrating. My product would fit perfectly with their children’s ranges, but none will give me a chance,” he tells Real Business. “I’ve tried them all, but they refuse to take a risk with my product, even though I can prove that the demand exists.”

Evans is therefore taking matters into his own hands, “shopgifting” his products onto Britain’s shelves. “Shopgifting” means strategically placing his goods in the store, so customers pick it up and try to buy it.

“Some of my team have gone back to the stores we put the murals in just to see if they were still there, and the people on the tills have been saying that people have been picking them up but the barcodes haven’t been scanning – for obvious reasons.”

It’s easy to see why customers are keen on Walltastic. As well as licensed 8’x10′ murals – featuring the likes of Barbie, Ben 10, Dora the Explorer, Spiderman, Peppa Pig, Spongebob Squarepants, and many more – Walltastic has its own range of themed murals, which all appeal to children.

“Demand for our murals is so strong abroad, it’s just a shame that British retailers won’t stock them,” adds Evans.

“We’re a British company, and although it would probably be cheaper for us to manufacture abroad, we’re still doing it here in Britain. It’s a sorry state that retailers won’t let us sell to Britain too.” 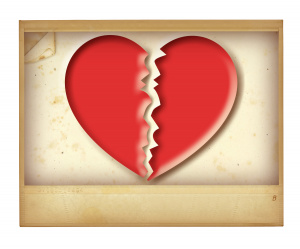 The Bribery Act: should you care?