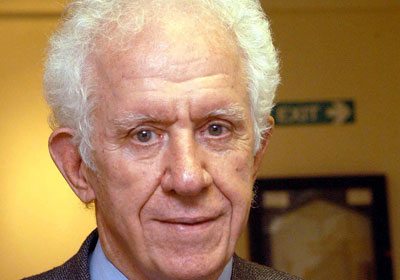 Bill Gates did it, Warren Buffett did it, and now Albert Gubay is doing it too.

Gubay, 82, who made his fortune through the KwikSave discount stores and Total Fitness gym chain, has placed his business empire ? worth at least ?600m ? into a trust to be passed to a charitable foundation on his death. In a documentary in 1997, Gubay explained how, after being demobilised from the Royal Navy after World War II, he borrowed ?100 and made a pact with God: ?Make me a millionaire and you can have half of my money.? Five decades later, the tycoon has decided that he would fulfil his side of the deal. Gubay, a lifelong Catholic, will only keep ?10m of his fortune to tide him over during his old age. ?The intention is that all the profits are reinvested to build a pot so that when it passes to the charitable foundation on his death, it is the maximum possible. He has always said he would give half of whatever he had to the Church; what has happened now is that he has gone well beyond that,? John Nugent, chairman of the Albert Gubay Charitable Foundation trustees, explains. Born in North Wales to a Jewish Iraqi refugee father and an Irish Catholic mother, Gubay started building his fortune when he established KwikSave in the 1960s. He sold the business in 1973 for $28m, and replicated the KwikSave business model in New Zealand, Ireland and the US, and invested the profits from those businesses into real estate in the UK. Ranked at number 880 in Forbes? 2010 list of the world?s billionaires, he currently lives on the Isle of Man and has two children with his first wife. Nugent adds that the entrepreneur hopes the charity will be worth ?1bn and will generate ?20m per year for good causes. Half of this money will go to causes identified by the Roman Catholic Church, with the other half to go to good causes selected at the discretion of the trustees.