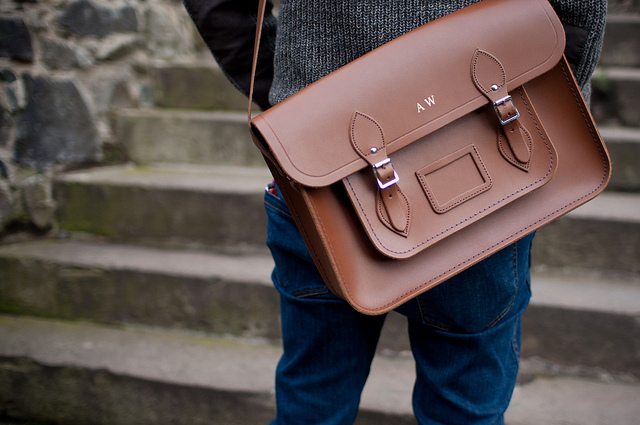 With a true entrepreneur’s spirit, you can: take a business from your kitchen table to the global market; move from importing pianos to owning a trailblazing technology business; make the transition from chef to leader of Europe’s largest discount network… Just some of the extraordinary personal journeys among our Entrepreneur of the Year finalists at the Growing Business Awards 2012.

You will know the story from a certain Google Chrome advert. Four years ago, the Cambridge Satchel Company was started with a budget of ?600, on the kitchen table of a mother trying to cover the school fees. Now, the ?8.6m-turnover company employs 65 people and creates bags you can find on the shelves of Harrods and the pages of Vogue. Julie Deane got her business noticed now with a giant advertising and marketing budget, but by leveraging the power of the internet. Through sheer personal chutzpah, she got in touch with fashion bloggers and engaged with anything social media had to offer. Today, the Cambridge Satchel Company’s handmade leather satchels have been stars of fashion shows worldwide. Her story is wonderfully inspirational, and shows how, with a true entrepreneurial spirit, you really can build a global business from your kitchen table.

Lawrence Jones is no stranger to a challenge. Having grown UKFast from zero to a ?16m-turnover company, Jones heads the largest privately owned hosting provider in the UK. UKFast has grown 623 per cent over the past five years, making it one of the UK’s fastest-growing businesses. Through his journey from professional pianist – then importing grand pianos from Korea and leasing them to venues on contracts that tied them into using his services ? to being the CEO of an ambitious and fast-growing UK technology champion, Jones has built a team of creative thinkers who are continuously driving the business forward. All?? UKFast senior managers are trained to ?lead from the front?. Leading from the front is something that Lawrence Jones seems destined to do, on behalf of UK business.

Former “Young Entrepreneur of the Year” Mark Pearson started his working life as a chef at Claridge’s Mayfair hotel after winning Student Chef of the Year. He worked under Gordon Ramsay. He was offered tthe opportunity to open a gastro-pub kitchen in Clapham when he was 21, but realised he had different aspirations. Instead, he founded MyVoucherCodes.co.uk. The business cost Pearson ?150 to create but has, in five years, become part of a? ?70m network, making it Europe’s largest discount network. Now, Pearson’s ambition is to make it the world’s most well-known discount network, across online and mobile. Mark Pearson is a young man constantly posing the question: ?What’s next??

The CEO of Aldermaston-based energy efficiency company Anesco can claim to have changed the game for an entire sector. Anesco has brought knowledge and experience in new and emerging technologies to the energy sector, and achieved impressive results. And he’s made that impression in double-quick time. Pike, who’d worked for two decades in the “big energy” sector, has taken Anesco to ?21m revenue in its first full year’s trading – and has engaged with some of the UK’s largest and most complex energy efficiency projects. Anesco’s work includes powering up Premier Inn’s first Eco hotel by designing and installing a rooftop solar PV system; creating a loft insulation programme for Slough Borough Council and Preston City Council, which are expected to help more than 4,000 families.

Christian McBride is chief executive of Genuine Solutions, a business formed from his front room in 2006. Now, Genuine Solutions has grown into a super fast-growing operation, supplying mobile phone accessories such as Bluetooth headsets, car chargers and docking stations from all leading makers to more than 700 distributors, wholesalers and retailers in 34 countries. A business that started life seven years ago in his lounge, the 65-employee Genuine Solutions has outgrown three warehouses, and is considering extending still further, on the back of rampant, relentless growth in the mobile sector.

The MD-founder of Better Bathrooms has spent the last few years refining its state-of-the-art ecommerce opreations (and, more recently, expanding into offline stores), resulting in his business becoming the UK’s largest independent bathroom and tiles retailer. Stevens has built the business from start-up (when he was 21) to an expected profit of ?5m this year, all of which is self-financed. He’s also created 140 jobs in the north-west. His vision is to make the company ?the number one preferred choice bathroom supplier in the UK?. To achieve this, Stevens’ mantra is: having the right people with good ideas, and the courage to keep moving. As well as making Better Bathrooms a success, Stevens has guided the launch of profitable sister brands, including Better Tiles, Taps.co.uk and eBay outlet Bathrooms2buy. Growing Business Awards 2012: The winners of the 2012 Growing Business Awards, hosted by Real Business and the CBI, will be announced at the fabulous awards ceremony, hosted by Steve Cram, on November 27, 2012, at the London Marriott Grosvenor Square. To find out more about the Growing Business Awards, in association with Lloyds Bank, and in partnership with Lloyds Private Banking, Land Rover, Cavendish, Cass Business School, Visa, Spring Law, McLaren, Bdaily, visit our awards website. Image source