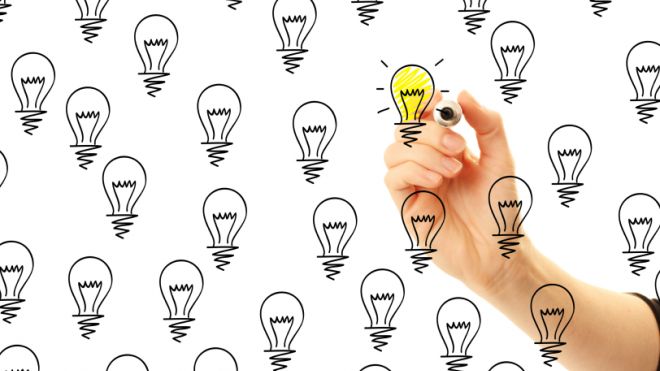 Entrepreneurs succeed by simplifying. They tackle complex problems, fundamentally by breaking them down into a number of simple steps, manageable steps.

So why, when the art of entrepreneurship is built on multiple small simple steps, do we have such jargon and complexity? Entrepreneurs come from many sectors of course, but generally have a number of approaches and thought processes in common. We?ve created our own ?sub language? which can be baffling and at times alienating. I?ve attempted here to cut through the business jargon and explain what we?re actually talking about and aiming for. Scale The dream of the entrepreneur. In its most simplistic form, it is growth, but to an entrepreneur, scale means “more”. Growth is anything from 0.1 per cent bigger than last year. Scaling is about being 100 per cent or 1,000 per cent bigger than your company was last year. Scaling is customer driven – it is when the customers love your product or service so much that you can’t satisfy their demand. Scale is only available to entrepreneurs at the top of their game. It is, in itself a skill. It is a recognition that a team which is scaling needs to be a different team to one which is simply achieving growth. The opportunity to build a business which is scaling is rare, and is one of the ultimate prizes for the entrepreneur. Fail Fast, Fail Often This is perhaps the area that non-entrepreneurs have the hardest job grasping. How can such successful people embrace failure, and even encourage failure in their culture? How can their aim be to fail, and fail often? Surely this makes no sense. The answer is of course that entrepreneurs don’t want to fail, but that they simply understand failure is part of the journey to success, and that failure closes off one of the wrong paths, and hence increasing the chance that the next activity will be a win. Entrepreneurship is like navigating without a map – and, although we hate to admit it, as leaders of our growing (or scaling) companies, we often have no idea which way to go next. It is this acceptance that we move forward, even if we fail that empowers entrepreneurs to take action. When you embrace a culture which embraces failure everyone is empowered to move forward, we stop worrying about the “what if I’m wrong”.  Iterate As entrepreneurs we iterate every day. What do we mean by this? It is a mantra which entrepreneurs apply across their entire business, it is a way of life which becomes engrained in their business in every aspect. It is the structural embodiment of the fact that as entrepreneurs, we only have a vague vision of where we’re going, and hence we need to help ourselves add detail to our vision rapidly. It is the acceptance that the majority of the learnings occur in the process of delivering the thing we need to learn about. Iterating means building the simplest possible thing, structure, hardware, software, process, it doesn’t matter, and then looking at it, asking “is this what I meant?” then making changes accordingly. Risk Appetite Everyone assumes entrepreneurs have an infinite appetite for risk. Why else would we quit our stable jobs, re-mortgage our houses, and generally bet the farm on our latest random idea? I really don’t believe this. What successful entrepreneurs do is look at big risks, and chunk them down, and then assess those risks for likelihood, severity, and time line. Six years ago, when I made the decision that electric vehicles would be the next big thing in personal transport (there was one electric vehicle on sale at this time, and it was rubbish), I didn’t worry about the macro risk, I broke it down into smaller risks, and I plotted those risks over time. I then quickly assessed each of the risks, the technology, the market, building the team, etc. I then assessed each risk: Of course these are not the only risks, but they show how the entrepreneur assesses the risks, and also understands that some risks change over time. Entrepreneurs don’t generally have an infinite appetite for risk. They just look at risk differently. Mission Driven The art of building a business is to have an overriding mission: “to wire up the UK ready for the electric vehicle revolution”, in my case. I have a vision that there will one day be POD Point’s everywhere a car is stopped for an hour or more. There are hundreds of thousands of locations. Is it achievable? Yes. Will we achieve it in the short term? No, it is too big. A mission has to be big, but not ridiculous. It has to have a possibility that one day you might achieve it, even if it is crazy difficult. It should be malleable, so you can adjust it slightly as the world changes, but stay true to its main principles. A mission needs to be simple. Its main aim is to get your team to buy into it, and see that there is a greater purpose. “To make money” is a bad vision. A good vision means a better team, who are more committed, and a higher chance of success. Erik Fairbairn is CEO and founder of POD Point.