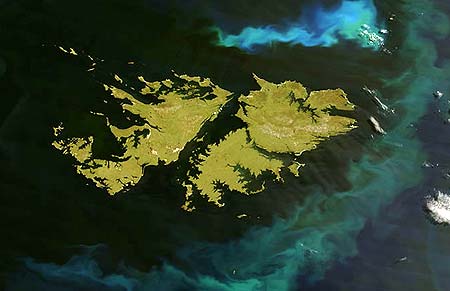 There is much excitement in the Falklands, as UK-based firm Rockhopper Exploration – founded by British entrepreneur Sam Moody in 2004 – has announced the first oil discovery in the area.

Companies have been drilling in the North Falkland Basin for some time, but none had found any viable oil yet. But it now looks like Rockhopper is going to change this, reviving the prospect of a new oil boom in the Falklands. “We’re extremely excited by the results of this well,” comments Sam Moody. “While we’re presently acquiring additional data, current indications are that we have made the first oil discovery in the North Falkland Basin.”  The company is now considering its options: it could either plug the well, suspend it for further testing, or drill an appraisal well.  AIM-listed Rockhopper Exploration has seen its shares jump 150 per cent as a result of the find, while other Falkland oil exploration companies’ share prices have also benefited.  Not everyone is going to be happy. In recent months, oil exploration off the Falklands has sparked protests from Argentina, which has claimed ownership of the islands since 1982.  But it’s good news for Rockhopper’s entrepreneurial team – which, incidentally, includes former easyJet FD Chris Walton and Peter Dixon-Clarke, who has previously worked with fashion startups. As Channel 4’s Faisal Islam reports, although it’s still unknown how much oil there is, at least we know there is some.  “This holds out the prospect of a transformative find for the UK, and possibly divine intervention on our nation’s long-term debts,” he writes. “[But] I am certain that if there are big finds, the UK Treasury will adopt a hefty share of the proceeds.”