These guys are proving to be a driving force in the UK economy as, for the first time, entrepreneurs over 50 employed more people than startups run by younger business owners for the first time in 2016 according to a study carried out by the Centre for Economics and Business Research (CEBR).

The CEBR found that this entrepreneurs over 50 age group is setting up and running their own businesses at a faster rate than any other, and between them employ almost ten million people, which is two million more than the under 50s.

While some might see this as a red flag that the older generation are dominating the entrepreneurial field and young people are turning their backs on business ownership, I would like to think that, actually, it’s another example of the benefits the entrepreneurs over 50 are bringing to the economy.

This is reflected in the CEBR research, which says that an increasing number of 50-to 64-year-olds are choosing not to retire and instead stay in some form of work.

This has led to the rate of employment for people in this age bracket rising from 65 per cent to 71 per cent between 2012 and 2016. It is predicted that this could grow even further with the number expected to breach nine million before the end of this year.

There are always many reasons for older people to turn to entrepreneurship, with suggestions that it could be partly down to being squeezed out of employment and find it hard to find new work.

If this is the case, it is very disappointing as older people are vital to any business as they bring invaluable experience and expertise that not only benefits their jobs, but the careers of their younger colleagues who can learn so much from them.

It is something I hold great stock by at Pimlico Plumbers, and while I strive to recruit as many apprentices as possible to secure the long-term future of the business, I cannot underestimate the importance of the older members of the workforce to the company.

And perhaps, it is that level of experience older people have gained throughout their working lives that has spurred them on to turning the ambition they may have harboured for some time into making their business idea into a reality.

Of course, within that cohort of entrepreneurs over 50 will be those who have been in business for many years and they are also an important cog in the UK’s economic engine. And at the heart of this group is one of the leading lights of UK enterprise who have become known as ‘habitual entrepreneurs’.

These are the startup entrepreneurs who either have a portfolio of businesses or have been bitten by the entrepreneurial bug and thrive off the challenge of establishing, growing and ultimately selling firms.

They tend to run larger startup businesses than first-time entrepreneurs, often due to being able to raise startup capital from the proceeds of previous business activity and disposal.

As I wrote last week, in 2017 more than 627,000 new businesses were founded with these habitual entrepreneurs making a significant and disproportionate contribution.

While only making up less than one per cent of the UK population, habitual entrepreneurs set up around one in three of all startups in the UK.

There has been a lot of emphasis in recent years to encourage more young people to follow the entrepreneurial path, and this should be praised and encouraged.

But the growth of new business owners over the age of 50 along with the continued endeavours of established entrepreneurs over 50 suggests that there is some rebalancing taking place within the entrepreneurial community and that is something we should all celebrate. 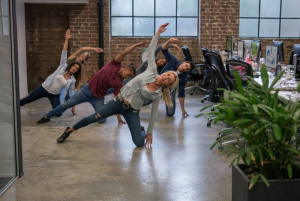 Five ways to reduce staff sickness in your business