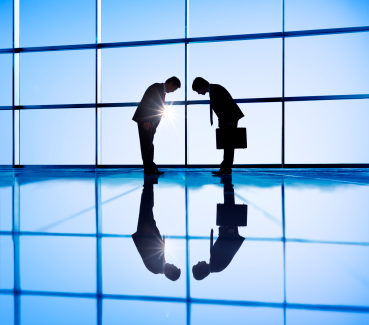 There are numerous success stories. Startuploans data shows it has awarded 16,000 loans since the scheme started in September 2013 and we?ve seen the likes of Hailo, Made.com and SwiftKey all post over 1,000 per cent growth in the last two years ? and this is just the tip of the iceberg.?

Despite this, there is cause for concern. In some quarters we?re beginning to see the start-up ?scene? become more important than the nuts and bolts of building of successful businesses. Entrepreneurs are becoming fixated on being immersed in the start-up culture ? people want to see and be seen ? and this is getting in the way of actual work. Of course, getting in front of the people who can help you is vital. But you see the same businesses at all the events when really, spending time developing what?s really important ? the product ? would actually be far more beneficial to the ultimate success of a business. Start-ups don?t sell to each other; with a couple of notable exceptions, the events can be a little like hairdressers meeting up to cut each other?s? hair. Having an ecosystem can be valuable; there?s no doubt about that. As we?ve seen in several hubs across Europe, birds of a feather flock together; there are some really good things happening in London?s Tech City and other clusters in Cambridge, Newcastle and Brighton but there?s too much focus on the geographical location. A good idea will take off regardless of location. There seems to be a growing number of competitions too ? I could name at least a dozen in London alone. But no great company was ever built because it won an award.
Building a business is tough and the reality is that there?s simply no substitute for hard work. It may not be obvious how to best spend your time. So, based on my own experience of creating successful businesses from scratch, here?s where I think entrepreneurs starting out should focus their efforts. Firstly, invest blood, sweat and tears in developing a truly compelling product. If the product?s not right even the best network in the world won?t make it work. Developing the Tradeshift platform took ten (incredibly intense) months. We had a team of talented, driven and hardworking developers committed to the project relying on about two hours sleep a night ? and that was just the start. The reason the number of businesses on the Tradeshift platform has grown so quickly is largely down to the time investment we made in the product from the start. Secondly, get out there and sell the product. Don?t show it off to your peers at events: hit the phones and knock on doors from morning to night to sell it to the people who matter ? potential customers. If you don?t have customers, you don?t have a business! Thirdly, do it yourself. We?ve reached a point where entrepreneurs with a great idea almost automatically think ?Which incubator should I go to?? Instead, get the experience yourself. Go to a start-up which has already made it and work there to see how it?s done. Incubators play a really important role in nurturing young companies, offering insight and a ready-made infrastructure in their early stages. But they also inoculate against failure which, though often unpleasant and always challenging, is really important. You shouldn?t fear it. The innovation coming out of the UK is truly, truly amazing. But in order to convert that innovation into more thriving global businesses the focus needs to change a little. Being in a start-up?s not like being in the movies, so let?s not try to be movie stars. Let?s get to work ? the rest will follow. Christian Lanng is CEO of Tradeshift. Recommended reading: Should businesses adopt a start-up culture?