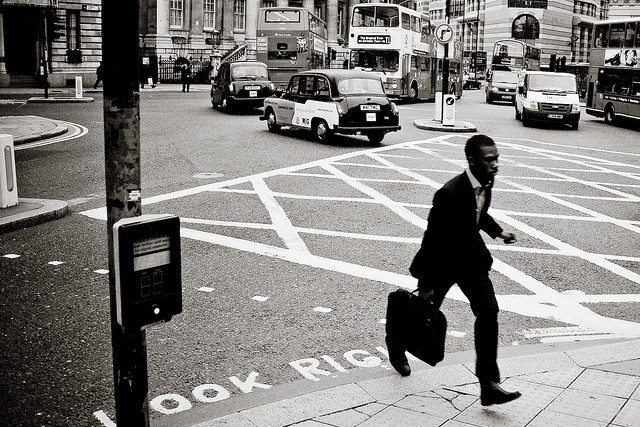 Friday presented some welcome acknowledgement of the efforts of the nation’s private businesses when the economy was reported to have grown by 0.8 per cent.

I have said that a proportion of this is due to the confidence levels of consumers who are willing to spend some of their hard-earned on things like improving their homes, which, over the past few years, they’ve shied away from. It’s also down to the confidence and dedication of entrepreneurs. Of course, that includes the many established business owners that have been working exceptionally hard during the recession to keep their heads above water, keep people in work and maybe even enjoy some small amount of growth. But praise also needs to go to the new entrepreneurs that have set up businesses in the last year which are contributing to our collective economic recovery. On the day before the Growth Figures were released another set of positive stats gave us another reason to be cheerful. In the last year 102,000 new businesses were established, eclipsing the record levels of last year. That means there are now 4.9m private sector businesses in the UK, nearly all of which fall into the small and medium sized category.    With businesses employing fewer than 250 people making up 99 per cent of the total and those with fewer than 50 employees making up nearly half of all businesses and accounting for a third of private sector turnover, it is clear to see the essential role these firms play in the economy. New business start-ups are one of the positive side-effects of recession. Sometimes through necessity due to redundancy for example, or by spotting a gap in a market, recessions can create the opportunity to go into business for yourself.  Undoubtedly, in times of recession, the back-drop to setting up a new enterprise is tough trading conditions, but the need to make a success of the business to provide a future for you and your family is a real driver! When I set up Pimlico Plumbers in 1979 the country was coming out of another Labour-induced financial mire, but the late-Margaret Thatcher encouraged a spirit of enterprise among people that led to many starting their own businesses. That support, coupled with the necessity to make a living, enabled people like myself to go on to build successful businesses that employ people and play an active role in the county’s economic prosperity. I’d like to think that the current government is keen to create the same opportunities. The fact that there are now 447,000 more businesses than in 2010 suggests that might just be the case. But ultimately, it’s down to the hard work of real people, running small businesses, that are making things happen in this economy and they should be held up as heroes of the recovery. Charlie Mullins is the CEO and founder of Pimlico Plumbers. Image source