The site was founded by CEO Evan Spiegel and co-founders Bobby Murphy and Reggie Brown when they were at Stanford University. In that time, Snapchat has grown exponentially, now attracting 150m active daily users, and it’s forecast to reach nearly $1bn in global advertising sales in 2017, with companies like McDonald’s, Maybelline and CNN all vying for ad space on the platform. The definitely means there’s something to learn from Snapchat.

This spectacular growth wouldn’t have been possible without the company raising billions of dollars in funding from investors like Fidelity, Alibaba, Lightspeed, WeChat owner Tencent, and Yahoo!. So what lessons can ambitious companies learn from Snapchat?

(1) Be prepared to fight

The site started life as a place to exchange photos which quickly disappear. This proved particularly popular with teenagers who have learnt from their elders. They know that photos can hang around haunting you forever, so the fact that these pictures disappear forever has helped them attract a fan base of 18 year olds. This is a particularly hard to reach audience, and what we can learn from Snapchat is that it males for immediate attention from advertisers. Facebook tried to get a slice of this market in 2012 when it launched Poke in order to attract the same valuable users. When Spiegel found out about Facebook’s plans, he immediately ordered copies of Sun Tzu’s “The Art of War” for all his employees.

Poke was launched with a huge budget and it quickly became number one on the iPhone app store. But it also helped to draw attention to Snapchat, and it was able to regain its lead within three days. This was largely due to having a clearly defined target audience, and user loyalty. Over half its users are on the social media platform on a daily basis, and an active audience was able to attract even more teenagers to join.

Poke soon fell out of the top 30 on the app store, and Facebook admitted defeat. It abandoned Poke and switched strategy, making an offer to buy Snapchat for $3billion in cash at a time when the Company had neither revenues or a timetable for revenues. They turned down the offer, in a decision that came in for a lot scrutiny at the time.

(4) Get the right support

It was able to do this because it had the support of investors that shared its long-term vision. One such early investor was Jeremy Liew of Lightspeed Venture Partners, who first met Snapchat nine months before Facebook launched Poke. At this time Snapchat had fewer than 100,000 users; but Liew liked its appeal amongst teenagers. Speigel and Liew met despite Spiegel making it clear he wasn’t looking for investment at that time. During the meeting Spiegel was able to lay out his vision for the company. He described a platform where people could express intimate feelings over fleeting messages, and tell their friends they were, for example, feeling sad, without that message being stored for all to see. Getting to know investors, even when you don’t need their money  can help you a build a fan base for when you do need the money.

(5) Customer stickiness is worth a lot

Liew saw the app wasn’t getting a lot of downloads at the time, but was amazed by the engagement levels. Those who did download the app were using it all the time, making the potential clear. When Spiegel decided he did want the money Liew was standing by and ready to offer $485,000 as the only investor in an initial seed round. And having investors that are buying in to the long-term potential means you don’t come under pressure to sell up before you’re ready.

(6) Innovate in areas where the big guns daren’t follow

The reason Liew invested was because he could see that Snapchat was doing something different in a market that had already been established by someone else. Facebook had become the default site for recording your life. But the average Facebook user is 40 years old, and it is designed to keep all your information tied to your identity forever. This creates opportunities for challengers that appeal to people who don’t want what the market leader is offering.

Investors will continue to look for the next generation of innovators. They want companies with staying power, a clear long term vision, customer loyalty, and above all, a fresh approach. Entrepreneurs can learn a lot of lessons from Snapchat, perhaps the greatest being to look for opportunities to flip the status quo on its head, and offer something different.

UK Google Fiber is still only a dream, so we’re potentially stuck with BT’s monopoly for some time to come 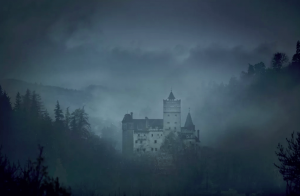