The interest rates rise revealed on Thursday 2 November has seen an increase from 0.25 per cent to 0.5 per cent, as overseen by the Monetary Policy Committee at the Bank of England.

According to governor Mark Carney, the interest rates rise is in correlation with three per cent consumer price index inflation in September and a predicted rise in October also. He was keen to note the current level of inflation isn’t the concern, but what is yet to come.

“The MPC must set policy to achieve a sustainable return of inflation to the target. That is, we must aim to bring inflation back to target and keep it there once the effects of temporary factors – predominantly those caused by the referendum-related fall in sterling – dissipate,” he declared.

“In many respects, the decision today is straightforward: with inflation high, slack disappearing, and the economy growing at rates above its speed limit, inflation is unlikely to return to the 2% target without some interest rates rise.

“Of course, these are not normal times. Brexit will redefine the UK’s relationship with our largest trade and investment partner. And it will have consequences for the movement of goods, services, people and capital as well as the real incomes of UK households.”

The interest rates rise will mean those borrowing will face lower cash flow, while savers will experience higher returns. Further rate increases have also been forecast.

As such, the UK’s entrepreneurs have voiced their opinions on the interest rates rise announcement.

“Mark Carney has reiterated that the pace of rate hikes will be gradual and limited. Although rates are higher there will be little appetite to buy into the pound as the Bank is not on a hiking cycle and we are facing ongoing Brexit uncertainties.

“Many new UK SMEs have enjoyed a low interest rate environment and will not have experienced the impact of an interest rates rise. The negative consequences of a cocktail of higher borrowing costs, higher wage pressures from employees and lower consumer demand will especially hit the growing SME sector. Some have argued the economy is still too fragile to cope with increased borrowing costs.”

“In some ways the rise in the interest rate may help self-employed people, but it could also lead to difficulties. On one hand, the rise should lead to a strengthening of the pound. This will reduce costs for self-employed people who import resources such as software. However, it will also lead to an increase in the cost of borrowing, which may prevent some people from entering self-employment as the cost of business loans and mortgages rises.

“To combat these possible negative effects, the government should avoid any changes that will do further damage to people who choose to work for themselves. At a time when low productivity is causing problems for the UK economy, the government must do more to support the self-employed and ensure they can use their invaluable expertise to improve productivity for businesses across the country.

“The Bank of England needs to continue to provide ample guidance about their economic forecasts. With confidence in the UK wavering, the self-employed must be reassured about inflation, exchange rates and economic growth. With this reassurance, they will be able to make informed investment choices that will benefit the UK economy.”

“Today’s announcement is momentous for the UK economy and should signal the start of a series of gradual increases. The Bank of England has decided that inflation is potentially getting out of control and the economy now requires higher borrowing costs. The decision also signals that the UK economy has not performed as weakly as the Bank predicted last year.”

“This should be seen as a largely symbolic move, rather than the start of a concerted programme of tightening. Carney is clearly trying to walk a fine line between being seen to tackle inflation and consumer debt issues, and not undermining the country’s growth. It would be a shock to investors to see further monetary policy changes in the short-term.

“In truth, the timing of this rate rise now seems mistimed. While inflation is seen as a key risk, the economy is fairly fragile. Retail figures and construction data have both taken significant hits in the last month, suggesting growth is slowing in the face of Brexit-related uncertainty. Yes, GDP increased by 0.4 per cent last quarter, but the UK has fallen from highest growth rate in the G7 to the lowest.”

“The decision to raise UK interest rates by 0.25 per cent was widely anticipated and we were surprised to see such a sharp drop in sterling and gilt yields, suggesting traders’ positioning may have run ahead of events.

“While forward guidance for gradual and limited future rate increases remains, the decline in slack in the economy means the Bank of England has with this decision made clear that the limits have been breached in terms of its ability to support the economy through the Brexit adjustment.”

“The ‘unreliable boyfriend’ has finally delivered, but it was far too half-hearted for the currency markets’ taste. Mark Carney’s prolonged campaign of hints had built market expectations up to such an extent that anything less than a full-blown hawkfest would be a disappointment – and so it proved.

“So, despite the ten-year wait, the Bank of England’s dovish interest rate rise has proved an anti-climax for the Pound.”

“The increase is a mixed blessing for SMEs. On the one hand it signals that the Monetary Policy Committee is more confident about the economy, but the rise in interest on loans could hit some micro businesses who’ve become used to a decade of rock bottom rates. Our Global Business Monitor research recently found that 56 per cent of businesses expect to be affected by an interest rates rise and 39 per cent believe that this would negatively impact their business.

“With the Bank of England forecasting two additional rate rises by 2020, businesses are likely to become even more stretched. It is therefore crucial that SMEs review their business plans to account for future rate increases, while also leaving enough room for the funding they need to invest in their business so they can continue to grow.” 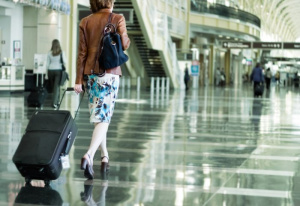 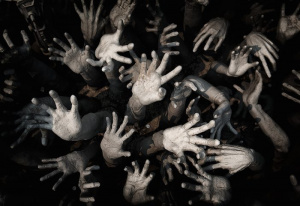