On Thursday 23 June 2016, the EU referendum result was revealed as it came to light that the majority over voters had decided Britain should leave the European Union.

Panic was everywhere, as the EU referendum result caused division among voters. Many who wanted to remain were furious, with the likes of Richard Branson among them.

Enraged, the Virgin boss called the EU referendum result a “bloodbath” and suggested lots of “scaremongering” had been done to convince the public to vote leave.

Under a month later and then-prime minister David Cameron resigned from his post, handing over the keys to Theresa May to manage the EU referendum result.

Cameron declared: “I am also delighted that Theresa May will be the next Prime Minister. She is strong, she is competent, she is more than able to provide the leadership that our country is going to need in the years ahead and she will have my full support.”

May triggered Article 50 to formally begin the process to leave the EU on 29 March 2017, but seems to have fought an uphill struggle since as her leadership has been questioned.

Despite touting “strong and stable” as a Conservative catchphrase, Brits have started declaring “weak and wobbly” would be more accurate as the party’s manifesto was met with confusion and u-turns, which was followed by May failing to secure a majority vote in the General Election on 8 June for a hung parliament.

Now that 23 June 2017 has rolled around, entrepreneurs have offered their renewed thoughts on the back of the EU referendum result.

The EU referendum result for ecommerce…

Nir Debbi, co-founder and CMO at Global-e, said: “Prime minister Theresa May has come under further pressure from retail leaders to abandon her plans for a hard Brexit, with high-street sales volumes falling 1.2 per cent in May as consumers continue to feel the impact of inflation.

“Our research ahead of the referendum last year revealed that 60 per cent of UK retailers had made no business plans to prepare for a potential Brexit vote. Fast-forward to 2017 and our latest research has revealed that the majority of retailers (68 per cent) have yet to start planning for Brexit, despite the fact that the UK voted to leave the European Union a year ago today.

“Political and economic uncertainty is likely to continue as negotiations between the UK and the EU began next week. To continue long term plans to take advantage of rapid growth in cross-border ecommerce, the important thing for retailers today is to prepare their operations in the short term to tackle the complexities that will undoubtedly arise when Britain leaves the EU.”

The EU referendum result for property…

Emmanuel Lumineau, CEO at BrickVest, said: “In the last 12 months we’ve doubled our investor base across Europe, which now represents more than €10 billion in AUM. We have seen increased investor interest from the UK, continental Europe and the US for both EU and UK commercial real estate investment opportunities.

“At the same time, our deal sponsor base doubled, which shows that the complexity and volatility induced by Brexit has become a major concern for both investors and sponsors, and thus an opportunity for an investment platform like BrickVest.

“We expect to see the highest level of volatility from the office sector as many international firms currently headquartered in the UK put decisions on hold over their long-term office space requirements. Indeed, our research showed that 20 per cent of property-focussed institutional investors believe the office sector will present the biggest European real estate investment opportunity.”

The EU referendum result for recruitment…

James Parsons, founder and CEO, Arrows Group, said: “As we approach the year anniversary of the Brexit vote, while many implications of the vote are still unclear, from a digital skills perspective we’re already seeing how Brexit is making top digital talent reluctant to come to the UK and flock elsewhere instead. The stats are alarming.

“Some overseas candidates are turning down competitive roles in the UK. Over the last year, we’ve seen a ten per cent reduction of skilled workers from within the European Union relocating to the UK.

“This trend is also being felt at a business level as some of our clients are apprehensive about increasing their investment in the UK, given current uncertainties. As many of our clients want to expand their tech teams quickly, they need to invest in a location that can give them a healthy supply of talent to meet their objectives, which they cannot guarantee here in the UK.

“If this trend continues it could lead to a ‘brain drain’ of top UK talent, as generally they will want to work where the exciting projects are. We’re already seeing an increase in best-in-class developers taking roles in places like Lisbon and Zurich which continue to be fast-growing hubs for tech innovation.

“Of course, this isn’t welcome news for UK plc at a time where the UK digital skills gap is already large and where a significant amount of tech talent comes from abroad. As Theresa May attempts to stabilise the government, it’s critical that we put the right laws and incentives in place to keep top tech talent firmly on UK shores to enable innovation.” 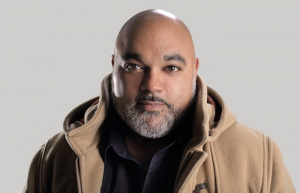 Uber’s toxic corporate culture – much more than a PR problem 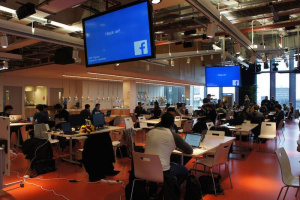 How to make a hackathon the cornerstone of company innovation