His words of wisdom were spoken at the Business Show at London’s Excel – where you can visit the Real Business team in Hall S9 at stand 1446.

In a seemingly buoyant mood, perhaps because he wasn’t stuck in a chair facing people asking for his money, Linney opened up by stressing the importance of change presenting an opportunity for businesses – specifically with support from technology.

“Entrepreneurs are creatives, they’re innovators – that’s what they do. That’s how you create a competitive advantage, that’s how you find niches and start businesses. Ultimately, entrepreneurs want to win,” he said.

Drawing parallels between creativity and technology, he added: “Our creative economy and high tech economy are fundamental for the economy at large. Creative is anything that is inventive, from the imagination or original thought.”

Meanwhile, animated TV show Futurama, which was created by The Simpsons’ brainchild Matt Groening, was used to deliver Linney’s lust for technology – an industry he said is “working its socks off” to create the next thing.

In this case, he was referring to Futurama’s Bender – a robot described in the show as an “alcoholic, whore-mongering, chain-smoking gambler”.

“This guy is our worst nightmare”, said Linney. “He’s a sentient being, he’s clever, he can think about concepts that we can’t even imagine, he’s funny, he’s creative, he gets sarcasm. Unfortunately for guys, if you left this guy at the bar with your new girlfriend for long enough, he’d probably leave with her.

“This is where the world is going eventually. We’re not quite there yet but what’s saving us, and where the differentiation is and where you create the competitive advantage, is creativity – it requires imagination, originality and, usually, entrepreneurship.

“It takes somebody somewhere to take a leap into the dark, into the unknown. The point is, if you look at our economy, more and more of it is going to become automated, whether it’s your business or business idea.”

Of course, Linney is well versed in changing times as co-CEO of cloud services provider Outsourcery, and he’s seen the world change from server ownership to hardware-free storage.

As such, he took the opportunity during his keynote at the Business Show to rubbish one audience member’s “dead” idea of a tangible wallet that enabled payments.

“Wallets are dead. Credit cards are dead. You’ve got to think further beyond that, and that’s what brings creativity to the fore,” he said.

“The UK’s creative economy has 2.6m people, it’s growing three times the speed of the rest of the economy. The high tech economy has 3.2m people. The opportunities are in creativity, and technology is all about creativity. People who are writing code, technical architects – they’re the Christopher Wrens of the future.”

Calling for people to think further than the wallet, Linney noted that many entrepreneurs are working feverishly to learn and build businesses that “will be obsolete in a decade.”

While tech may have been at the forefront of his discussion, he acknowledged the teachings could be applied to baking bread or creating car engines. “Over time as you expend effort, your returns rise but there comes a period when you get diminishing returns. It doesn’t matter how money, effort, time or people you put into it,” he said.

The solution, he revealed, is to listen to smart entrepreneurs with new ideas in order to overcome FUD – fear, uncertainty and doubt.

“You’ve got the old versus new, which can be very confusing,” Linney explained. “But eventually, technology kicks in at a breakthrough point and then you’re done. Kodak, Blockbuster, you all know the names, they’re done. The question is do they know that before it happens? For entrepreneurs the key is to be ahead of the curve.”

Drawing briefly upon his time on Dragons’ Den, he said some entrepreneurs would have an aspiration to get a product into huge retailers, which was a “pain” wrapped in red tape and difficulties with them demanding margins and stock requirements.

“Basically they’re telling you how to run your business, it drove me insane – it’s just nonsense. As far as I’m concerned, people should not own distribution lines, they should build their own shelving, build their own warehouse, virtualise them or use Amazon and build your own,” he said.

Linney also discussed personalised children’s book publisher Lost My Name, a company he invested in during his time on the BBC show.

“You put in some content about your children, create a beautiful dynamic book, they print it and then ship it out in 135 countries. They’ve sold 500,000 copies for £20 – you do the maths. It’s knocked The Gruffalo from the top of the kids’ chart after 12 years – that’s after one year.

“Mark my words, that will be the most valuable business that ever comes out of Dragons’ Den. That’s tech, it’s creativity, it’s content, it’s drawing, it’s putting it all together to create something new.” 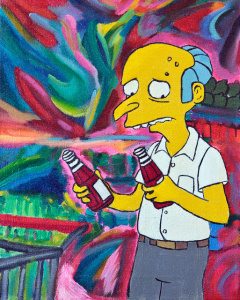 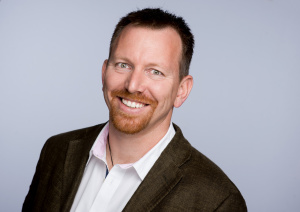 What does the general election result mean for small business growth?