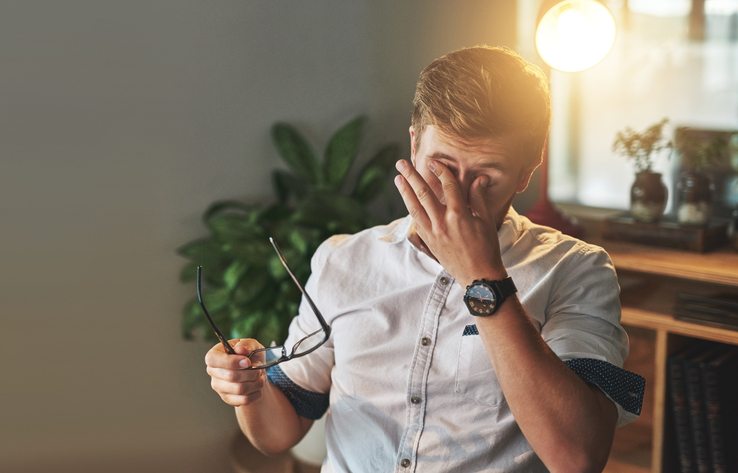 Share via
We recently came across a 2006 article entitled the “exhaustion epidemic“. And in it, Louise Carpenter laid bare her thoughts on the nation’s rising fatigue. “When, in 2002, Allison Pearson wrote I Don’t Know How She Does It, she exposed the mayhem of a working mother,”?Carpenter?began. “Yelps of recognition came from all over the globe. “But in the short time between then and now, there seems to have been yet another seismic shift. Everybody is exhausted, not just working women with children. We’re all run ragged by the breakneck pace of life, or the 24/7 society that never sleeps. “The new technological age that was supposed to bring us freedom by allowing us greater flexibility is, in fact, slowly working to destroy us. It is as if we have made a pact with the devil.” That our fatigue was likened to an “epidemic” even back then is worrisome. Because the pace of technology is faster now, we work longer hours, stress more and have a higher expectation of people performance wise. It’s a sign of modern times. While talking to author Zoe Cormier, Doug Cook, a?dietitian and nutritionist at St. Michael?s Hospital, explained:??Being tired?is a symptom of the way society is:?too busy, burning the candle at both ends. What used to be confined to university students has become the norm for all stages of life.? But we often neglect the fact that constantly being “on” impacts numerous facets of our life, in both business and at home ? and manifests itself in different ways. There’s fatigue in an emotional sense?and the build up of stress. Exhaustion can come from physical work or no exercise at all. Let’s not forget about a lack of?sleep ? the latter of which 36 per cent of employees attribute to work. And none of these help our work performance or ability to communicate in the slightest. The previous figures comes from?a study?of 1,123 workers by Willis Towers Watson, which claimed stress was so great that by the time staff?got home they struggled to sufficiently?unwind and get a good night’s rest. For 55 per cent, it was the biggest reason for sleeplessness. Some 45 per cent felt the?strange combination of being tired but were too concerned about work, while 35 per cent felt compelled to work late into the night. Mike Blake, a director at Willis Towers Watson Health & Benefits, said: ?The work environment is no longer confined to the office, with the stress of heavy workloads creeping into home life.?Whilst companies may benefit from a perceived ?increase? in productivity in the short-term, ongoing stress, coupled with lack of sleep, can risk having an overall negative impact on operational performance.” By now we all know what fatigue does to productivity, to business success in the long-run. And while bosses are placing emphasis on the mental health of staff during working hours, so too must they recognise that fatigue can be a factor of external (personal) issues as well. It’s true that the corporate leader juggles far too many?hats already, but being attuned to the needs of workers both inside and outside of the office will surely offer benefits. For one, you’ll gain?a happy and healthy employee base ? and isn’t that what every employer is after these days? Blake added: “Companies should aim to identify and tackle potential issues before they become a problem. Open dialogue is key to establishing a positive workplace culture that addresses and mitigates stress and fatigue. “This will allow managers to identify dips in productivity and tackle the root causes before more serious issues arise, such as absenteeism and presenteeism.?By placing an emphasis on the importance of sufficient sleep, workers will also feel more comfortable approaching managers about fatigue and solutions can be found, such as meditative practices, review of workloads or flexible working hours.?