Bitcoin and cryptocurrency are terms that have become almost synonymous in everyday parlance over the past decade. This is rapidly changing, however, and digital currency experts like Brian Kelly have warned investors that those who disregard altcoins do so at their own peril.

In his regular slot on CNBC’s Fast Money Friday, he compared Bitcoin to MySpace. The latter was the first social media platform to garner global popularity, but soon faced competition from the likes of Facebook, Instagram and Twitter. Today, MySpace is just a page in the history books.

The new kid in town

So is there a crypto equivalent of Facebook? According to Kelly, there is, and like the social media platform, it even has a young, charismatic millennial at its helm who is more accustomed to jeans and a t-shirt than a business suit. Ethereum was released in 2015 by Vitalik Buterin, a Russian-Canadian digital currency developer, when he was still a teenager.

Ethereum has established itself as the second best-known cryptocurrency. While its market cap is currently still well below that of Bitcoin, it does have several inherent advantages. These combine to mean that those who choose to buy Ethereum over Bitcoin could be the ones making the better long-term decision.

This is the word that keeps cropping up when people discuss the shortcomings of Bitcoin and its widespread adoption. There’s a limit to the number of transactions that the ecosystem can physically perform, making it hard to see how it could ever become the everyday currency of choice. Ethereum faces the same constraints, but is working on a project that could change all that.

Sharding essentially divides the digital network into teams (or shards), which will dramatically increase the number of transactions that can be undertaken. The theory goes that each shard can then be further subdivided, and so on. Sharding will be introduced in Ethereum 2.0, which is tentatively scheduled for release in 2020.

Ethereum is also exploring new ways of mining its coins. The process is notoriously energy-intensive, but by transitioning from hardware mining to a new concept called “proof of stake.” Here, physical miners are replaced by virtual validators, who use their Ether as a stake in the Ethereum ecosystem and then essentially “bet” on which blocks will be next on the chain. When they call it right, they are rewarded with a block that is proportional to their original stake.

The beauty of this system is that it does not demand the same energy input. Mining one Bitcoin demands approximately the same amount of energy that would be used to power the average household for a day and a half. These costs cause an inevitable drain to the currency value, something that proof of stake can completely avoid.

Are futures the future?

Over recent weeks, the market has been full of rumours that US regulators are about to alter their stance on the trading of Ethereum futures. The SEC already has an Ethereum index, and it seems that a futures market is not far off. The rumours themselves have been enough to prompt a surge in the price of Ethereum, and when it comes about, it will be yet another reason for traders and investors to choose Ethereum over Bitcoin. 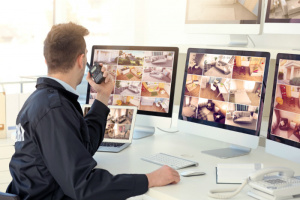 What actually is proptech?

Removing unconscious bias in the workplace