The report from Business in the Community found that the gap between the number of BAME and white managers doubled between 2007 and 2012.

Sandra Kerr OBE, campaign director of Race for Opportunity said:“By 2051, one in five people in the UK will be from an ethnic minority background, representing a scale of consumer spending and political voting power that business and government alike cannot afford to ignore. The gap must not be allowed to widen further, but without action, little will change.

“I am calling on government for a ‘Lord Davies’ review to amplify understanding around the barriers BAME employees face in reaching management positions, and for two simple words – “and race” – to be added to the UK Corporate Governance Code. We urgently need these to happen if we are to ensure that we don’t pass the point of no return.”

The report highlighted that separate ethnic groups face differing challenges. The number of black/black British in senior management roles slumped by a massive 42 per cent.

Bangladeshi, Chinese and Pakistani ethnic groups are most likely to attain management positions in the distribution, hotel & restaurant sectors (36.2%, 38% and 28.9%, respectively).

While the proportion of ethnic minorities in management grew in London and southeast and southwest England, it fell sharply in the northeast, East Midlands and Yorkshire and Humber.

Chuka Umunna, Labour’s shadow business secretary, said: “It is unacceptable that there are still glass ceilings on the way to the boardroom. This report shows that past progress has gone into reverse, with the total number of senior managers from black and ethnic minority backgrounds falling over the last half-decade.

“Greater diversity in boardrooms adds to our competitiveness in a global marketplace. We need to see barriers removed so that senior management better reflects society at large and that all employees are able to reach their potential.” 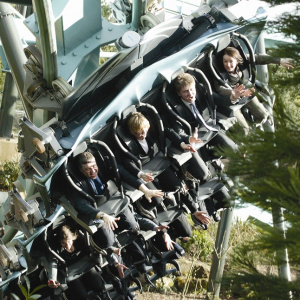