In 2017, if the Conservatives win the next general election, the UK is likely to face a referendum on its membership of the EU.

At a CBI conference, despite Ed Miliband saying it was “dead wrong” and Nick Clegg stating that Britain would have “no future” without the EU, David Cameron claimed that “Britain’s future in Europe matters to the country. But it is not working properly… and that is why we need to make changes.”

Both view points combat for the greater good of the UK economy, but Gilroy reveals that SMEs aren’t worried by or haven’t even thought of the prospect of a referendum.

Courtesy of a recent Vistage survey, Gilroy explains that a staggering 71 per cent of SMEs think that the debate on a referendum on Britain’s membership of the EU would not have a detrimental effect on their business either way.

We talked to him about the survey results.

“Our research shows that many of Britain’s mittelstand business owners are confident about their performance, and that plans for EU referendum are not a threat for most of them,” he said.

“Large international businesses may not like the prospect of Britain leaving the EU, but it will have little impact on many small and medium-sized businesses in the rest of the UK, whose views reflect these of a majority of Britons who wish to leave the EU or at least redefine the terms of our relationship with the EU.

“Indeed, the survey shows that most owners of SMEs in the UK will not be losing sleep over the possibility of a referendum, and both sides of the debate need to make a strong case if they want to win over SMEs as about 40 per cent said their views on its impact are neutral.

“Clearly, for those business that trade substantially with the EU will have concerns, but whether or not you rely on the EU for trade, there are several reasons why business leaders are not as concerned as you might expect.

“Even if a referendum result supports our exit, the exit won’t be immediate. A sensible timeline will no doubt be agreed and so businesses and the EU itself will have time to work out what exit means and what will come after exit.

“If the UK does exit, people won’t stop buying German cars or white goods. People will still travel to/from Europe and British businesses will still be able to sell goods to the EU. If we’d had the Euro it might be more of a concern, but British businesses already have to deal with the currency issue. There may be a few more regulations (or perhaps we’ll just swap some existing EU regulations for new rules), but businesses will be able to deal with it.

“Since 2008, British businesses have learned to be much more agile. They’re more innovative, more efficient. Generally as a nation, we now make better products and have world-leaders in many sectors (think Landrover, Burberry, Rolls-Royce, John Lewis etc.). We’re also now a much stronger manufacturing base for some international brands (Nissan, Honda etc.) – such brands have setup in the UK because of our culture and workforce environment; they trade with the EU even though we’re not in the Euro – that won’t change if we exit the EU.

“Finally, the business landscape is changing. The longer term future is less about manufacturing goods in one country and then shipping them everywhere, it’s about customer experiences with brands and organisations.  Products will be made where they are the favourable markets conditions and suitably qualified workforce. Technology is breaking down borders and barriers to trade much faster than any political or fiscal union ever has or ever will.

“My confidence is in British business and the future landscape for business; membership of the EU will not be a limiting factor for Britain.” 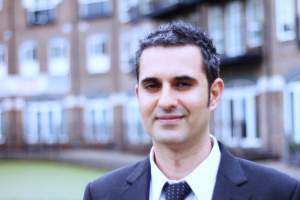 Learnings from our failed crowdfunding pitch 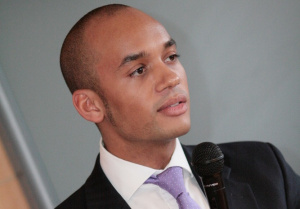