This is the incredible tech that researchers from Germany, Italy, the UK and Switzerland are working on.

In the future, not only will the driverless car be fact rather than sci-fi fiction, more and more people will drive electric cars and will switch from one mode of transport to another – creating the need for more and varied parking options at transport hubs. To prepare for this mobility shift, the V-CHARGE consortium is working on a fully automated parking and charging system at public car parks.

“The idea is that we can actually use technology to give people a better mix of public and private transport”, explains Dr Paul Furgale, scientific project manager for V-CHARGE and deputy director of the autonomous systems lab at the Swiss Federal Institute of Technology in Zurich.

A smartphone app to leave and get back the car

Drivers will be able to leave their car in front of the car park and use a smartphone app to trigger the parking process. The vehicle will connect with the car park’s server and drive itself to the designated space. While in the garage, the car can also be programmed to go to a charging station. Upon returning, the driver uses the same app to summon the car – fully charged and ready to go.

Since GPS satellite signals don’t always work inside garages, the scientists have developed a camera-based system based on their expertise in robotics and environment sensing. Safety is at the centre of the project: the car is designed to avoid unexpected obstacles.

Dr Furgale believes the same technology could be used to develop autonomous parking systems for electric cars on city streets. “That will be more of a challenge,” he says. “But once you have the maps in place, the rest of the technology will come together.”

A system to be integrated into production

In April, the team presented the latest version of the system at Stuttgart airport. This was a success and the researchers are now fine-tuning the technology to tackle more precise manoeuvres and ensure reliability, even in difficult weather conditions.

The project is set to conclude in 2015, and its results will be progressively commercialised in the coming years. The functions developed should be cost-effective enough to be integrated into production of electric vehicles.

Related: Driverless cars to take to UK roads in “less than 6 months” 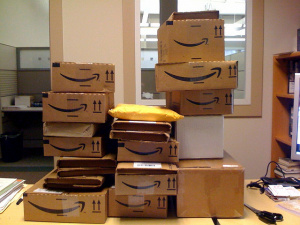 How to beat Amazon in the e-commerce leagues

1 in 10 employers still missing out on £2k NIC rebate