It looks like the application was to blame and an exploit like SQL injection, a code injection technique used to attack data-driven applications, may have been used. The welcome news for customers is that the attacker was not able to get to their internal systems, meaning that the bank must have used a Demilitarized Zone (DMZ) or full system separation for the internal and external systems.

This attack is the latest to deliver a clear message to businesses across Europe – to protect information we need to know the full context of the user’s interaction with the application. We also need to use tools like web application firewall (WAF), proxy functionality, and contextual awareness to understand and separate legitimate users from those with more suspicious motives.

Recently the black market has been flooded with credit card numbers, meaning that there has been a significant drop in the cost for someone to acquire them. The higher value items include packaged whole identity with email address, telephone numbers and street address. This information can be used for many things, such as selling phone numbers to targeted advertisers, spam and identity theft.

Over the past couple of years we have seen a rise in the amount of cyber-attacks carried out on banks, including China’s central bank in 2013 and Russia’s central bank a few months ago. With the sophistication of cyber-attacks developing at such a vast rate, and with this recent incident in mind, it is now more important than ever that organisations take note and put the stringent processes in place to prevent more attacks like this from happening. The tools are available and straightforward to implement, but it’s down to businesses to prioritise cyber in their planning.

Are cities the best place to be an entrepreneur? 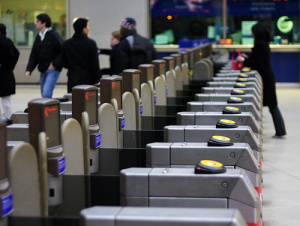