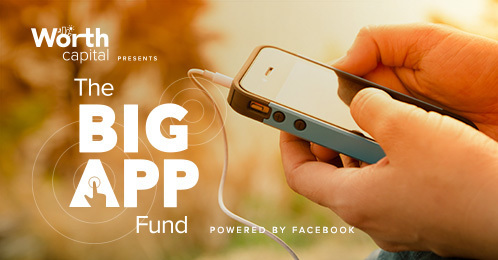 Seemingly crowdfunding is a rather hot space at present, demonstrated earlier in the week as we spoke to Crowdcube and Caterham F1 about sourcing investment in a bid to recover from administration.

Back in September, Worth Capital teamed up with Facebook and crowdfunding service Seedrs to help track down the finest app developers on the continent. The competition initially looked to generate a target of £350,000 from investors, which will be split between the top three entrants at £150,000 for first place and £100,000 for second and third, but the amount has already been broken ahead of the 17:00pm investment deadline tomorrow (14 November) evening. “The Big App Fund is the second fund that has been raised on the Seedrs crowdfunding platform by the Worth Foundation team. 332 investors have invested more than £360,000 into the fund, which will then be invested in the top three winners of the Big App competition,” Thomas Davies, chief investment officer at Seedrs explained to Real Business. “As more and more is being done on smartphones, both for pleasure and for business, we believe that the top mobile app developers have the potential to create some incredibly valuable businesses in the future.” The 50 top entrepreneurs were invited to Facebook’s London office to pitch their idea to judges from the social network, selected from 425 entries in 27 countries. The ultimate ambition is to find, fund and mentor more than 700 high growth businesses in various sectors over the next seven years, according to Worth. Ahead of the three winners being announced next week, Worth, Seedrs and Facebook have decided the ten finalists, who are: 1. ReadBug (UK) – A Netflix-style magazine subscription service. 2. UKADEMICS (Portugal) – Allows users to to search and apply to thousands of universities globally. 3. SportsFix (UK) – Users can follow their favourite sports, teams and stars, with the top articles and social media summarised into a personalised stream. 4. Octavia (UK) – A digital music tutor for tablets that offers immediate feedback playing, while offering access to lessons and pieces. 5. YOOVI (UK) – Immersive and interactive movies where the audience interacts with real world objects and characters and become the stars. 6. Briefly (UK) – Briefly aims to disrupt the lucrative freelancing market by connecting employers with local student networks in real-time. 7. Skillsearch (UK) – Lets independent educators and course seekers interact, rate and review each other as teachers and learners. 8. Dare To (UK) – Users can share challenges while completion will earn rewards from brands. 9. Booster (Israel) – Motivational tool to set and track personal goals and targets with friends. 10. That Door (UK) – Compared to Tinder but for the rental property market.