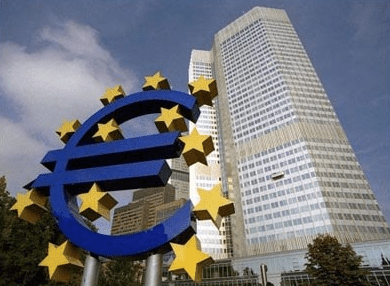 Share via
Numbers published by Eurostat, the European statistical agency, show that the Eurozone has recorded the lowest rate of inflation since October 2009. This has been led by prices falling in fuel for transport, telecommunications and gas. The figures are not welcome news for a still-bruised Eurozone, which is seeing the area’s strongest performers – such as Germany – witness a painfully-slow recovery. This is causing a great deal of concern about the currency area’s economic outlook, reports the CEBR think tank. Economists question the European Central Bank’s (ECB’s) decision to not introduce full-scale quantitative easing, which has successfully boosted the UK and US economies since the economic storm of 2008. The IMF earlier described the global economic recovery as “weak and uneven”, and these new inflation numbers go some way to proving the IMF right. It isn’t all bad news for UK businesses, though. The weak Euro is a boon for British exporters, who can reap the benefits of the stronger sterling – it is cheaper to export. “The fragility of the economic recovery is evident even in the US and the UK, which have generally been showing more positive indicators than the Eurozone,” says the CEBR report. “This week’s sharp drop in global shares reflects the extent of market doubt over the global economic outlook, as countries further along the recovery path show mixed signs. “After today’s data release, all eyes are on Mario Draghi and the ECB as the calls for US and UK-style QE become increasingly valid. However, it remains to be seen if Germany’s stance changes in light of its own and global economic concerns.”