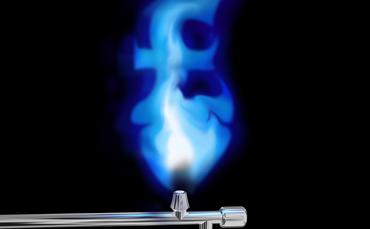 Despite positive signs of an economic recovery, small businesses continue to be hit by rising business costs.

Energy costs are the most commonly-seen bills to increase, with 87 per cent of businesses telling the Forum of Private Business that they are higher than ever. The research, carried out among FPB members, shows that firms are still facing an uphill battle to make ends meet.  As a whole, 94 per cent of businesses have seen an overall increase in their business costs. This was led by increases in energy costs (87 per cent), transport costs (83 per cent), marketing costs (78 per cent) as well as in the cost of raw materials/stock (69 per cent). “The major reasons for increases in prices are predominantly down to transport and energy prices rising, coupled with the continued weakness of sterling for importers,” says Alexander Jackman, FPB head of policy. “The economic outlook may be better, but costs still remain an issue for our members and a key focus of our lobbying and support services.” Worryingly, the report identified that 41 per cent of small business owners admitted to being unable to pass any rising costs onto customers, forcing them to cut their own costs to keep prices static. Just 2 per cent were able to pass on costs in full. While annual inflation has continued to fall from 3 per cent  to 2.7 per cent, the research also found that prices have continued to rise faster for micro, small and medium-sized employers at 6 per cent, although this is less than the 6.7 per cent figure reported by the FPB last year in research into business costs, suggesting things are improving ? albeit slowly. Eighty-one per cnet of firms indicated that rising business costs have been detrimental to their business. 73 per cent have had cash flow issues as a result and it has had detrimental effect on 51 per cent of firms when looking to invest. 51 per cent also reported that it has been detrimental to employment levels and 63 per cent feel that it has inhibited their plans for growth. Despite the recent positive news on the economy, rising business costs could continue to restrict the ability of many SME’s to take full advantage of the signs of recovery, with 83 per cent of business owners quizzed expecting prices to continue to increase, and 16 per cent expecting a significant increase. “We’d like to see further steps to help small firms with business overheads,” adds Jackman. “While the Chancellor’s announcement of a fuel duty freeze at the Conservative Party Conference was a welcome move, we feel that further action should be taken to investigate where further savings could be made across government to ensure that fuel duty is not raised again before the end of this parliament.”