Described as a “programme for SMEs and entrepreneurs looking to thrive in a digital age”, Amazon Academy began life in 2016 in partnership with Enterprise Nation, a small business network set up by Emma Jones.

London was the location for the inaugural Amazon Academy outing, when the US-based company used its East London photographic studio as a base for a day-long event that featured keynote discussions, seminars and workshops. However, in an era increasingly populated with events aimed at the 21st century entrepreneur, we wanted to find out how Amazon’s offering stands out.

Providing exclusive comments to Real Business, Amazon said its events around the UK serve as an opportunity for attendees to discuss challenges, trends and experiences – as well as receiving practical advise and insight from business leaders.

Amazon Academy, it said, is specifically targeted at the thousands of small and medium-sized businesses that use, or are interested to learn more about, Amazon’s infrastructure and services.

As Real Business found out when we profiled Amazon Marketplace, Amazon Web Services and Amazon Payments in the second half of 2016, the technology company has a range of digital services available that many businesses are less aware of than its traditional ecommerce platform. In fact, the company’s cloud-computing division is now worth $11bn per year.

While Amazon told us that tens of thousands of UK businesses of all sizes are now selling on Amazon Marketplace, of which 60 per cent were exporting in 2016, it hopes Amazon Academy will help more learn about how its services can aid in the quest to boost sales to new customers around the world.

Amazon told us it has tools suitable for essential business tasks such as currency exchange, local translations, exporting products and delivery and distribution. As evidence of its scale, 2016 saw businesses selling on Amazon Marketplace achieve export sales of £1.8bn – up 29 per cent year-on-year.

“The internet and technology have the power to level the playing field between big and small businesses, empowering the 5.4m UK SMEs to grow business online, create jobs and boost export sales,” said Doug Gurr, UK country manager at Amazon.

“Every day, we are seeing more UK business owners expanding their horizons by offering their products on a European or global basis, opening themselves up to tens of millions of additional potential customers at the click of a button.” 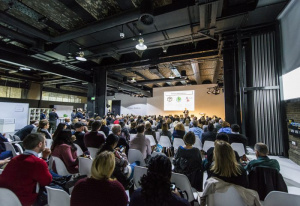 Emma Jones, who set up Enterprise Nation in 2005 and is also the government’s trade ambassador and SME crown representative, is firm in her belief that British business owners are missing a trick if they fail to develop digital expertise.

“Today more and more people are setting up at home while holding down a day job and quite a lot of it can be guess work with success being hit and miss. The Amazon Academy can help address this by showing how and in what way the digital economy can play a role in every business endeavour,” she added.

After the launch of the first Amazon Academy in London in 2016, the company told Real Business it is looking to help individuals ranging from small ecommerce business owners to web developers – anyone who is interested in taking their business to the next level.

“For a small business, entering the world of ecommerce is a huge milestone and can be hugely profitable if handled properly,” an Amazon spokesperson said. “Digital skills, support services and the right digital infrastructure can enable small businesses in particular to scale their business, expand their horizons and start exporting globally.”

With evidence showing that 40 per cent of SMEs are not yet embracing digital, there is still work to be done in bringing the British business community up to speed with the tools that could help create the next generation of international companies. However, Amazon believes it can use its growing advice and guidance programme to bring these closer to cities around the UK.

Bookings can now be made for the free Manchester Amazon Academy by visiting the Enterprise Nation website. 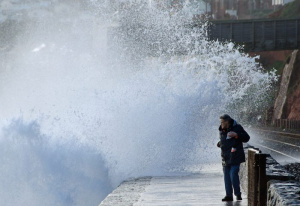 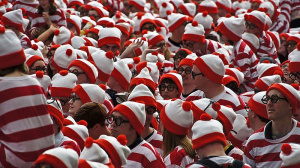 Where’s Wally: How to spot the investor perfect for you