After selling a business, what do you do with that lump sum and free time on your hands? Our next business owner left the concept of sharing electric cars behind and achieved the country’s first crowdfunding exit.

It didn’t take long for E-Car Club to get acquired. Having launched in 2011, the business secured the UK’s first crowdfunding exit four years later in summer of 2015.

The foundation for the crowdfunding exit was made having secured £100,000 of seed investment via Crowdcube after launch, which led onto backing from angels and the Centric-Ignite Fund.

“In early 2015, we started partnership discussions with Europcar which quickly turned into an offer to acquire the business. In July 2015, this created the UK’s first crowdfunding exit as well as the first portfolio exit for Centrica-Ignite,” said E-Car Club co-founder Andrew Wordsworth.

“As Europe’s largest car rental firm at the time, we could see the operational and strategic benefits that Europcar brought to the company, allowing it to scale more rapidly and deliver better value to our growing customer base.

“In addition, Europcar are moving beyond traditional car rental to offer a wide range of mobility services and we’ve been a central part of that transformation. “

Tightlipped on the specifics, Wordsworth would only say multiple returns were made from the crowdfunding exit for Crowdcube investors.

“As you might expect there were the usual highs and lows through the deal process. As a large international corporate, there were a number of internal Europcar sign-offs required to allow the deal to proceed to the next stage and each time we’d be nervously waiting on the results.

“All this whilst trying to stay focused on managing and growing the business. Our existing investor, Centrica-Ignite were very helpful in working alongside us to keep the momentum going.”

Looking back on the day the deal closed, Wordsworth views the day as a blur. A photoshoot had been arranged by Crowdcube, believing the deal was sealed, but final paperwork had been delayed by 24 hours.

“I recall standing smiling for the cameraman before shooting round the corner to discuss tax warranties with our lawyers, Joelson, who did a superb job keeping everyone calm. That evening we went to the Business Green Leadership Awards,” he said.

“As the deal still hadn’t been announced we were unable to tell anyone why we were both looking so pleased with ourselves. However, to top off the day, I won the Green Entrepreneur of the Year.”

E-Car Club was a venture launched out of Sustainable Ventures, founded by Wordsworth and co-founder Chris Morris, a body that works with investors, managers and corporates to find and grow startups operating in the sustainability market.

As such, Wordsworth has had his hands full since leaving E-Car Club, launching energy storage business Powervault and mileage calculator Autotrip.

“We’ve attracted over £6m of private investment into these businesses, including seven successful crowdfunding rounds,” he said. We have also created London’s leading co-working space (called Sustainable Bridges) for startups in the sector, which hosts around 15 businesses near London Bridge.”

Most of the money secured from the crowdfunding exit has been reinvested into businesses, with a second co-working site for 200 entrepreneurs to open. Outside of that, travel has been a benefit.

“In terms of luxuries, Chris did splash out on his wedding in Sweden recently which included an ice sculptured life size polar bear and ice gazebo,” Wordsworth said.

“I’m looking forward to going on holiday with the family this summer – we’re touring California – hopefully in an electric vehicle!” 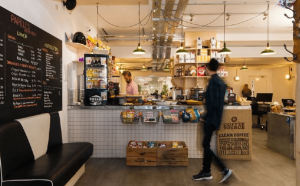 After Exit: I created business clubs by recycling space from an unpredictable market 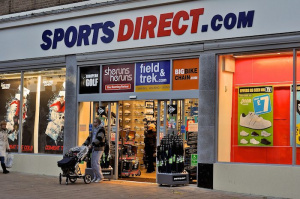 After Exit: Here’s what happened after selling my business to Sports Direct for £6m