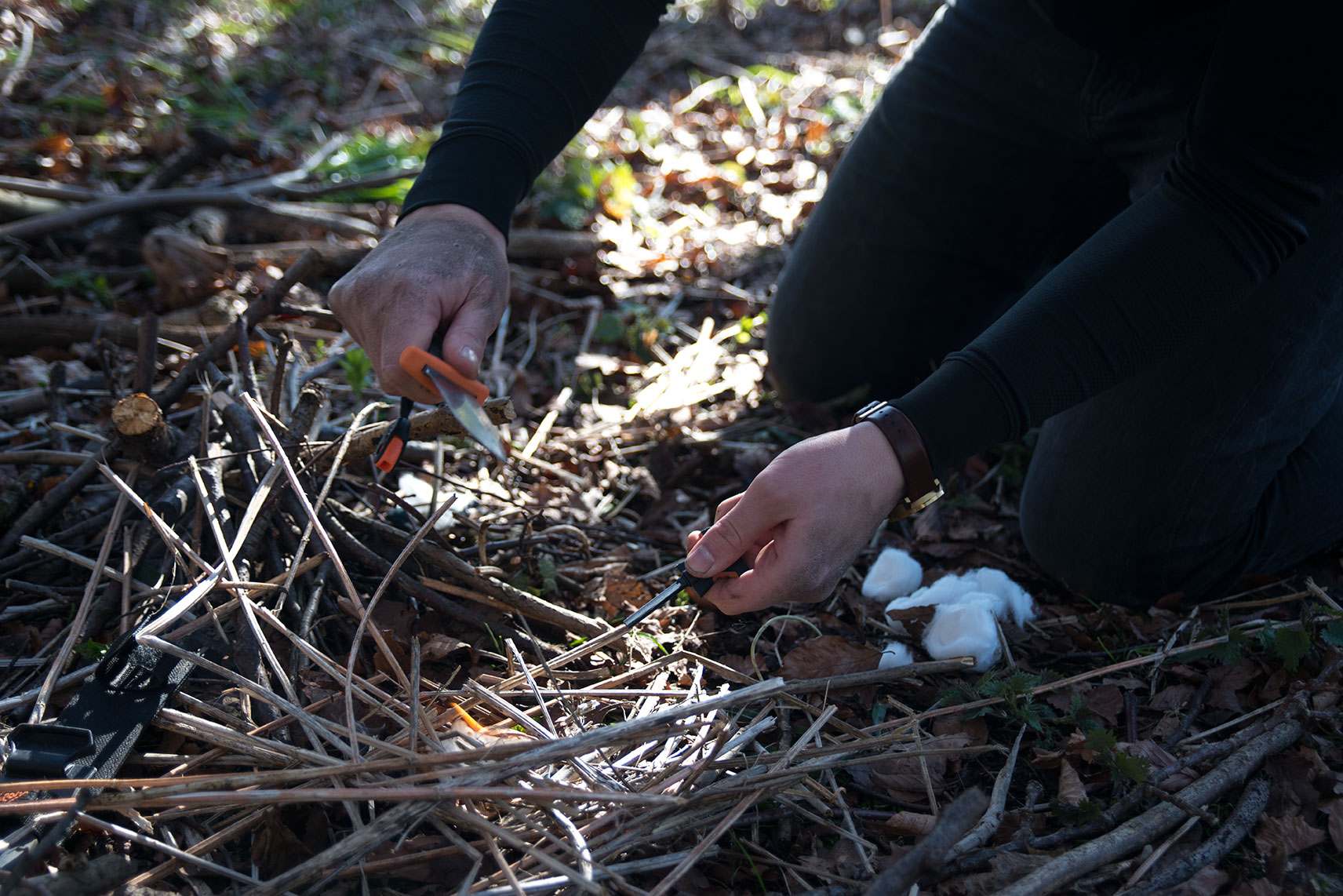 Corporate away days are nothing new – rather it is a multi billion-pound growing industry. However, the need to obtain a quantifiable return on investment and feel like you’re not just doing the same old thing as every other company means competition for business is fierce.

Real Business has previously looked at five alternative corporate away days, featuring offerings including a BBQ masterclass and stuntman training. To build on that, recently I was invited along to experience a new offering from events business Chillisauce – it involved the opportunity to join the Bear Grylls Survival Academy. For anyone not aware of who Bear Grylls is, he’s an adventurer who has made a pretty fortune being dropped into remote places around the world and having his survival techniques filmed for a television audience’s viewing pleasure. Having started off in the military, and then become one of the youngest Britain’s to climb Mount Everest, his brand appeal has grown to the position where he had current president Barack Obama as a guest in the wilderness – accompanied by 50-odd Secret Service agents. Chillisauce has teamed up with the Bear Grylls Survival Academy to offer an away day experience with a difference. It was billed as a chance to learn crucial survival skills such as fire starting, shelter building and axe throwing. Rather ironically, considering some of the flack Grylls has copped for reportedly staying in flash hotels when he’s filling his “survival in the wild” episodes – the setting for my away day experience was the five star Luton Hoo Hotel in Hertfordshire. Located in over 1,000 acres of countryside just outside of Luton, the hotel provided enough space to feel like you were in the wilderness but was close enough to the home comforts that are welcome at the end of a survival day.

As with many corporate away experiences, one of the main objectives of the day – and rationale for some activities – was to get to know the people you are with and eke out some unknown skills. Unlike what would happen normally, all in our group were strangers so we started with a few drills to break the ice. A big part of this was getting to cover your partner’s face in mud, which apparently is a technique used by Grylls to ward off insects and limit the chances of animals smelling him.

From there it was on to a few rope skills, and then some healthy competition whereby two teams went head-to-head to affix a rope to a 4×4 and then haul it 100-odd metres to a finish line. On a brisk, but bright, March morning this got the blood pumping and began to foster that sense of comraderie survival in the wilderness would surely need. A briefing from one of the Bear Grylls Survival Academy team gave us some context for our next challenge. Whilst on active duty he was shot in the leg by a sniper, severing a vital artery, and having to be carried to safety through hostile territory. However, it was his slightly comical recounting of not being able to get the morphine he was in dire need of because of fellow troops accidentally injecting themselves, that got us fired up to build our own stretchers out of logs and rope to then transport an “injured team mate” through the forest to a rescue zone. Traipsing through undergrowth and through smoke bombs, both teams managed to not drop their stricken patient or have their makeshift stretcher fall apart. Success all round! Read more about team building:

By now the ice had well and truly been broken, just in time to learn about starting a fire using a battery, steel wool and a tampon. Under the pretence of building a fire to make a big smoke signal for a rescue team looking for us, we were guided through utilising a 9V battery to spark the steel wool. Then, using everybody’s favourite survival tool – the tampon – to fuel the fire, we learnt very quickly that, contrary to opinion, smoke can exist without fire. Time and time again we thought we’d got our pile of kindling going, only to find it die out in a pile of smoke. There was more success to be had on the shelter front, after we’d learnt about the importance of building it to shield from the wind, be low to the ground for warmth and far enough away from your toilet hole. While the chances of you becoming stranded on a desert island, or lost in a mountain range with your team, are low, the tasks we were set did get us working together and establishing who was best at what. All too often in business roles are given to people who aren’t the best fit, while many people keep very useful skills under wraps as they’re not sure of what relevance they have.

After shelters and fires we changed tack and released the inner warrior inside with a little axe throwing. The gung-ho amongst us were a little disappointed to find out that the most effective way of hitting the target was not to hurl it full bore, but rather lob it gently. Oh well. We rounded off our day of surviving in the wild by doing an exercise in righting yourself while hanging on a rope and then sampling some both live and dead insects.  Having never before been on a team building away day experience, I didn’t really know what to expect. However, I was pleasantly surprised at the lack of corporate buzzwords and traditional “trust” exercises. There was a great framework for the day, but beyond that it was up to us to muck in and prove ourselves as much as possible. Doing it with a group of colleagues would not only allow you to see people outside of their comfort zone, but also encourage them to work together in different ways.