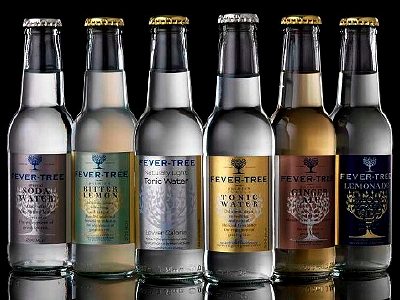 No corner of the globe is left untouched by our finalists for the ?Export Champion? category at the Growing Business Awards, in association with Lloyds Bank. Some of our candidates have been exporters from day one; others are moving decisively into the world’s growth markets. Britain is lucky to have such companies, truly champions of brand Britain…

Alaric is a ?9m-turnover, 90-employee London-based provider of fraud prevention and payment systems that generates 90 per cent of its business outside the UK. Overseas offices include: Kuala Lumpur (Malaysia), Irving (US), and Melbourne (Australia). A further significant US investment is expected soon. Led by CEO, Mike Alford, Alaric’s revenues for 2012/2011 are up 50 per cent on the previous year; forecasts are for 35-40 per cent revenue growth this year. Private equity-backed, Alaric has partnerships across the world and two major product suites: Authentic and Fractals.

Over the past two decades, mixers such as tonic water have fallen foul of corporate sameness and commoditisation. Cue entrepreneurial opportunity to restore taste and quality to the ?forgotten? mixer. Formed in 2005, the team behind Fever-Tree believed that the mixer represents three-quarters of the drink and must, therefore, be of the highest quality. Today Fever-Tree is stocked in hotels, restaurants and premium retail outlets in more than 38 markets; its drinks are served in eight of the world?s top ten restaurants. Spain, for example, has seen a 25 per cent rise in gin-and-tonic drinking, thanks partly to Fever-Tree. Next big opportunities: the US (Fever-Tree’s second-biggest market) and South America.

JacTravel is an independent, privately owned company specialising in the provision of 7,000 hand-picked hotels online, and inbound services to the travel trade. With latest turnover of ?103.5m, and showing ebitda of ?8.1m, JacTravel is growing fast in the world’s growth markets, including Brazil, Korea and the Middle East; in fact, 80 per cent of the company’s clients are based overseas. In the past three years, the business has increased sales in Asia by 45 per cent to ?8.3m and its client base to 20-plus new clients. As the company’s submission says, ?pure scaleability is shown by the fact the ebitda as a percentage of turnover has growtn from 33.4 per cent to 154.7 per cent for 2010/11. Overall growth is being fuelled by new overseas trade accounts and strong growth in online bookings.

In 2006, export sales represented less than 20 per cent of ?30m annual revenues for this Harrow-based test equipment specialist. In 2013, of a forecast ?101.2m turnover, approximately 70 per cent of income will be generated through export markets ? the equivalent of 12 times’ growth in six years. Microlease is now the market leader in Europe and number two/three in the US, where its ten-year-old operation now generates $10m in sales. The business, established in 1979 and now backed by LDC (Lloyds Development Capital) will be launching services in Asia in the first quarter of 2013. Over the past six years, ebitda has grown from ?5m to ?18.7m (2012).

Up until recently, MTL Group had an excellent profile with its UK customer base in the UK but was little known overseas. So the Rotherham-based steel engineering specialist set about a structured programme to build its international profile. It’s just the kind of initiative that the UK needs from its businesses. The programme involved parallel approaches such as: web marketing, visits to potential markets, participating in trade missions, exhibitions, identification of overseas agents, and recruitment of new people skilled in building international business. Today MTL is exporting to the Middle East, Africa, Asia, Europe and North America where, after an 11-day visit, the firm picked up a ?500,000 order.

Tyrrells celebrated its tenth birthday at Tyrrells Court Farm this summer, having grown from humble beginnings in 2002 into the fastest-growing hand-cooked brand in the UK premium crisp category. The firm, led by CEO David Milne, is seeing significant sales growth in Germany, the US, Canada, the Netherlands and, impressively, France, where Tyrrells is creating a premium crisp sector. Right now, international sales account for 15 per cent of total sales, though these are forecast to reach 25 per cent by the end of 2013. With its eccentric proposition, the brand is increasingly seen as ?a little touch of England? across the world. To find out more about the Growing Business Awards, in association with Lloyds Bank, and in partnership with Lloyds Private Banking, Land Rover, Cavendish, Cass Business School, Visa, Spring Law, McLaren, Bdaily, visit our awards website.