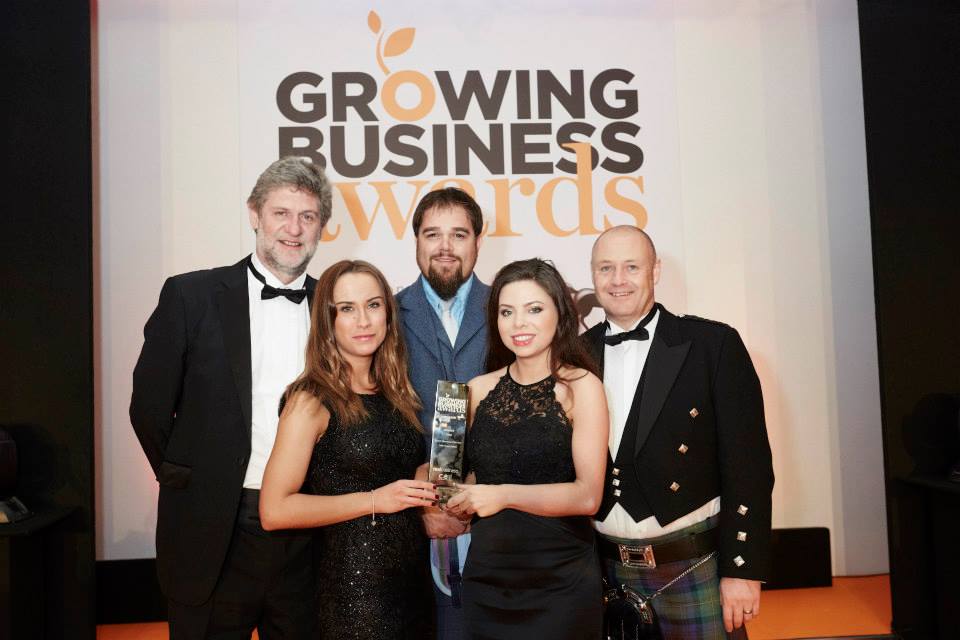 The idea of export can be an overwhelming experience for startups as they look to consider the legalities, language barriers and cultural differences when they want to enter new markets in order to boost their business.

Alba Power is well aware of that, and the company’s sales director Campbell Archibald admitted to Real Business: “As a startup, it’s difficult to export to start with because you’re still trying to do every thing involved with the day-to-day running of the company. We were quite lucky in that a lot of clients were in Aberdeen and we were quite well-known locally before we started to export.”

That may not be the case for all companies looking to reach international borders, however, so he explained there doesn’t need to be a lone wolf mentality when expanding. “You can research with the Chamber of Commerce and essentially just ask the right questions – maybe not competitor, but someone else that’s selling products, and the potential ways you can help each other in that market, which has worked well for us.”

The business, which specialises in turbine services, saw off competition from firms operating in healthcare, cosmetics, beverages and food. Without question, it’s been a huge success, notching up a client base of 140 across 16 countries.

Speaking of the win, Archibald said: “I think we have a realisation that to go and get work, you have to put the effort in and really understand the needs required to deliver products, and I think that’s what differentiates us.”

It’s not just a sales tactic that’s adopted by the customer service department either. “We spread that ethos through our business – whether that’s with staff on the shop floor or those travelling to the clients. It’s very important and we usually visit clients up to four times a year.”

Alba’s user base spans the US, Vietnam, Abu Dhabi, Singapore, Europe, India and Indonesia, so it begs the question – where does the UK fit in to the operation? Archibald assured us: “The UK will always be important – it’s on our doorstep and a good measure of what we do and can make sure we learn, so it’s a great base for us.

“85 per cent of customers were in the UK, but that’s now 45 per cent because it’s allowed us to grow. We stuck with the UK to begin with – it doesn’t cost much to travel, and we could deliver good products and a good service. We then went to Europe, then the US, and the Far East. We’ve just secured a five-year agreement there and America [where a Houston hub has been opened] has been very big for us.”

On 1 December, Real Business spoke to Nosy Crow founder and managing director Kate Wilson, who touched upon the subtle differences experienced when entering new markets – like not offering pork in the Middle East.

Of course, while each country is different from the next, so is every customer, according to Archibald. “They all think they want different things, so we make sure we understand the customer and the difference – but the customer has a need and that’s a constant. We find out what the local differences are, but at the end of the day, the service delivered is the same.”

On 19 November, we published a report that said UK businesses trail US when introducing mobile app projects, however, one of the more interesting ways Alba supports customers is, indeed, with an app.

“The idea came from smartphone growth. There’s so much we couldn’t do with our phones three years ago, let alone ten years ago, and we looked at how we could adapt to our customers’ languages and timezones and communicate all of the confusing information.

“In just three taps on the app they can take a photo of a problem with a text summary. Through the app, we know where they are, what it is they’re looking for, and it fast-tracks problem solving. We developed it in-house and the whole sales team is involved in monitoring it, which we split regionally so each person is responsible for growth and encouraging usage.”

While Alba has just won the Export Champion of the Year award, the company isn’t prepared to stop there. “We want to get bigger and be stronger to enter new regions. It’s great to have export secured and and we want to go from there to show our expertise in oil and gas, and our investment in people. We want to grow on export but make sure we’re doing well in other fields too,” Archibald revealed.

“We have pretty strong growth plans – we’ve grown 30 per cent this year and are expecting another 30 per cent growth next year, which we’ll look to achieve with new engine markets and engine types. We have a five year plan to double the company as a whole.”