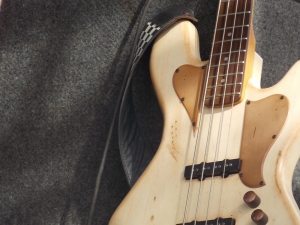 Adele, One Direction, Coldplay, Florence + the Machine, Ed Sheeran, Mumford and Sons and Arctic Monkeys are just some of the world-beating UK artists who in recent years have helped to accelerate export sales of British music to over 13 per cent of the global market – the largest share apart from the US.

The scheme will build on this British success story by supporting independent labels as they seek to catapult artists that are export-ready into overseas markets and has already prompted huge interest from within the independent music community since it was announced. The Music Export Growth Scheme, funded by UKTI and run by BPI, will make available grants ranging from ?5,000 to ?50,000 to help them market British music overseas.  Chief Executive for UKTI Nick Baird said: “From the classic era-defining sounds of the Beatles and Rolling Stones and such stadium-filling giants as The Who and Queen, right up to the recent chart success of Adele, One Direction and Arctic Monkeys, British artists have a proud history of dominating the music scene around the world.” The success of these artists overseas contributes around ?100m to the UK economy annually and the Music Export Growth Scheme will help smaller music labels launch even more UK artists onto the international stage. This will help us reach our target of getting another 100,000 British businesses exporting – an increase which could add ?36 billion to the economy. Indeed, according to BPI Chief Executive Geoff Taylor, “British music is already incredibly successful overseas – one in every eight albums sold around the world last year were by our artists, but even more can be achieved if our vibrant indie sector is supported in promoting break-through talent outside of the UK. Indie labels have helped to create a British music sector that is risk-taking, innovative and at the cutting edge of trends. This scheme will help us take a bigger share of the global market and get more of our artists to countries that have a voracious appetite for the great music that we make.” The primary focus is on artists who have achieved reasonable levels of success in the UK but are now looking to break through internationally. Application Forms are now available from BPI’s website.  The deadline for the first wave of applications is 18th November 2013. Applications which are successfully shortlisted will then be reviewed by a panel of music industry experts, chaired by John Kennedy OBE, with marketing expertise from organisations including the Music Managers Forum (MMF) and the Association of Independent Music (AIM).  The first grants will be awarded by the end of December 2013. Further application rounds will take place periodically over the next three years, with the next one planned for Spring 2014.  Image Source By Shan? Schutte