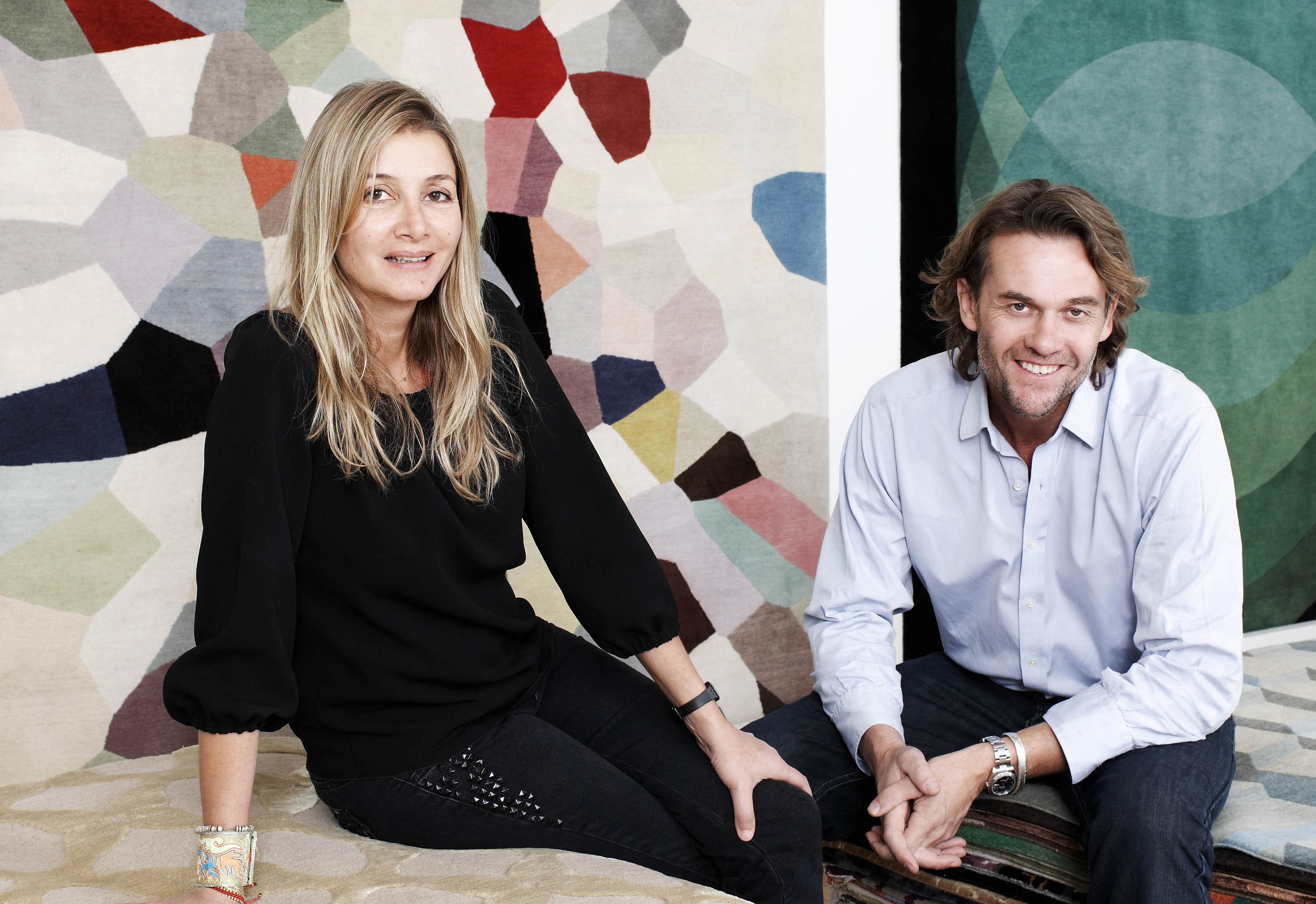 A while ago, when The Rug Company was much younger than it is today, we had this mad idea of opening a shop in New York City.

I’d never been to New York. It was a place for me, like it is for much of the world, understood through television and movies. Steaming roads, whining sirens and buddy cops (with personal issues) eating bagels outside apartments. It was a place for greedy bankers to worship brutally at the altar of capitalism. ‘The city that never sleeps,’ unfaltering in its vitality, intolerant of anything but success. The idea to play big with the grown ups was initiated by its own citizens. We were regularly shipping our stuff out from our Holland Park base to lofty apartments that looked down on miniature yellow cabs. They loved our rugs, they were quaint, interesting, reasonable, quirky and so obviously ‘British’. Follow the money – there are worse business principles, so we did just that. We ‘shortcut’ – thanks to Paul Smith – to ‘realtor’ Susan Penzner, who demonstrated unwavering integrity and found us a ‘store’ (important to get the terminology right) vacated by Yves Saint Laurent. Ah, you don’t get better lineage than that. Timing is everything, and we arrived just as everyone was leaving. It was early 2002 and NYC was on its knees. Nothing would ever be the same again; New York would never recover from such a punch. But it always does, they are Americans and that’s what they do – dust themselves down, and do it bigger. Late in the evening before we signed the lease (I was already in my pyjamas with my hot chocolate), I got a phone call from Adonis, our accountant. He was gravely concerned; there was a pressing urgency in his voice. Why would we want to risk our tidy little business in the vortex of America? He had some compelling indicators, thoughts to keep sleep at bay. 90 per cent of British businesses opening in the USA come a horrible ‘cropper’. The expense of making an impact would be colossal; we would, at best, be the flea on the elephant’s back. My own imagination did the rest, I would be the Icarus of the rug world, soaring on a current of foolish expansion to plummet, my legacy would be that of ‘a cautionary tale’. In the morning I’d call it all off. I slept peacefully knowing we had smelt disaster and retreated, just in time. I slept so well that I woke in high spirits. It was a beautiful sunny day. I now had an unfaltering determination, an unwavering conviction we would conquer Europe, America the planet. Sign that lease! And it worked out well. We spread across America taking Los Angeles, Miami, Chicago and Dallas. We wooed their interior designers, gratefully covered their floors and collaborated with their finest creative talents to produce some spectacular rugs. Sure we made mistakes, lots of them. We discovered a common language does not mean a shared understanding. And – oh yes – never try that self-depreciating English thing. ‘Well actually, I’m fairly hopeless at everything, I got lucky’ will not be understood as an ironic English way of saying: ‘As you see, I’m a charming guy.’ They’ll take you for your word and walk away, muttering: ‘What a loser!’ When we did make mistakes we learnt from our American brothers. Every failure is but a stepping stone to success! To be successful in the US you have to remember that you arrive, like those early colonisers, with nothing. You have no history, no credit and are starting again from the beginning. Take care of every tiny detail, stack them up and do a thousand small things that eventually make the sum, the sum of a successful business. You will then be one of Adonis’ ‘ten per cent successes’. However, you won’t necessarily sleep well because you’ll have a lot on your mind. And you’ll live in fear – fear of a bigger global failure! Extracted from ‘Going Global: 30 Years 30 Insights’ by Piper, the leading specialist investor in consumer brands.  Christopher and Suzanne Sharp founded The Rug Company in 1997. Its first store opened in Chelsea and went on to pioneer the concept of contemporary handmade rugs, collaborating with designers including Vivienne Westwood, Paul Smith and Alexander McQueen. In 2008, Piper invested in The Rug Company to help fund further international expansion. It now has 25 showrooms worldwide.