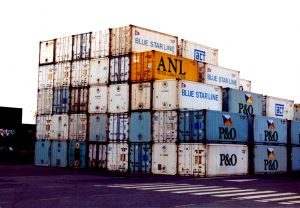 Suddenly the services sector is accelerating, construction has finally changed direction and retail sales are buoyant. Putting aside what one might consider to be genuine growth and how much it might be the result of the Government’s stimulus initiatives, what is certain is that UK’s industries need to make hay while the sun is shining to really get the country competing on an international level once more.

For manufacturers in particular this is absolutely crucial, as establishing strong global trade networks not only means that companies can access bigger export markets, but also gives an invaluable element of security in protecting against the fluctuations of the domestic economy. However, in light of the nationwide boon in manufacturing, capitalising on such growth may require a change of attitude and ambition that is easier said than done. After all, making the most of sudden economic acceleration still requires a significant amount of confidence – and it is confidence that can bolster UK exports. During the recession many manufacturers jettisoned investment strategies into potential international export markets in favour of retreating into the convenience and short-term cost-efficiency of Eurozone trade. While this approach remains understandable, such consolidation actually meant that UK manufacturers took a backward step, missing out on lucrative and long-term overseas contracts in key emerging markets. Although I appreciate that the conservatism of a concentration on established Eurozone markets might have seemed the most sensible option as the recession bit hard, I believe a better option would have been to go in the other direction: to have the ambition to send key personnel to Africa, Asia and Central America to establish valuable export connections. The fact that this didn’t happen has inevitably had consequences. The UK has lost ground in global trade competitiveness, something that can only be interpreted as a negative. There have been a number of statistics that seem to have borne this out. The first was a survey by the World Economic Forum, which revealed that the UK has slipped down the global competitiveness league by two places – from eighth to tenth. The UK score remained the same as the previous year, but other countries, such as Japan and Hong Kong, increased their own scores significantly. Although this is an index of all aspects of an economy (including financial markets), it still indicates that the UK has been too static in the global market. Perhaps even more relevant is the news that, despite the March’s manufacturing growth being at its highest for 15 years, the UK’s trade deficit is still widely considered too big. David Kern, a leading economist from the British Chamber of Commerce, commented on the figures to say that “while there are signs of a small improvement in the UK’s international trade performance over time, the pace of change is still painfully slow.” The results can be interpreted as one of two things; either manufacturers have not discarded the recession mentality of the past five years or Britain’s global trade status has slipped to the extent that the market has moved elsewhere. For the sake of this country’s continued growth, I hope it is the former. Towards the end of last year a report came out suggesting that UK companies were beginning to take an expansive approach towards exporting their products. It is something that the Government must do all it can to support, so that all the current optimism and statistics can really translate into stable growth and prosperity. Ultimately, the primary benefit of the economy finally showing signs of rebounding, is the way that it allows companies to look forward rather than over their shoulders. Manufacturers should have the pressure of day-to-day cost worries eased, but instead of simply wiping their brows, they need to focus on re-establishing the UK as an international trade power. It is by no means an easy feat, but it is a key way of ensuring that this current boom won’t go bust. Matthew Marriott is commercial director of Hellmann Worldwide Logistics UK. Image source