As we heard in our exclusive two-part interview with Indiegogo co-founder Danae Ringelmann, Indiegogo was a pioneer in the crowdfunding space and has since gone on to help raise in excess of $800m over the last decade.

Despite the success of women on the crowdfunding platform, with 47 per cent of fully-funded campaigns run by them, Indiegogo found that the vast majority of venture capital funds do not go to businesses where women are on the founding teams.

Between now and March 2017, a series of events will be hosted by Indiegogo with the intention of supporting female entrepreneurs getting their ideas off the ground by using the platform. Partners throughout the initiative will include Girls In Tech UK, Girls in Tech US, Blooming Founders, Trep Life and Lipstick & Politics.

“We’re incredibly excited to be a part of Indiegogo’s initiative to support and encourage women entrepreneurs,” said Malachi Leopold, Co-Founder and CEO of Trep Life. “Every Indiegogo campaign involves a leap of faith, taking a risk, betting on yourself – and that’s what Trep Life is all about. We’re looking forward to telling stories that are launched from this initiative.”

Speaking to Real Business before, Ringelmann described her Indiegogo journey as being one centred on democratising the funding process.

“What has kept me up at night, the one main thing, has been to remove the gatekeeping process,” she revealed. “That’s what made it inefficient and unfair and what has differentiated us as others have come along and cherry-picked campaigns. We are here to let all ideas thrive, global or local, run by men or run by women.”

Notable female entrepreneurs to have raised money through Indiegogo include the makers of the world’s first social robot for the home and cat ear headphones brand Axent Wear. Research compiled by UC Berkeley, where all three Indiegogo founders graduated, has shown that women raise more on average through crowdfunding than men do. This can be attributed to women ushering more positive inclusive language in campaigns, which allows them to “connect more deeply” with possible backers, the research concluded.

“It’s no secret that women still face a multitude of challenges when it comes to representation in leadership. As of 2015, there are 9.4m women owned businesses, yet support and career advancement is negligible. Lipstick & Politics is excited to partner with Indiegogo and support women in entrepreneurship through their initiative,” Said Mira Veda, Founder and Editor-in-Chief of Lipstick & Politics. 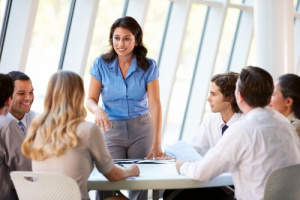 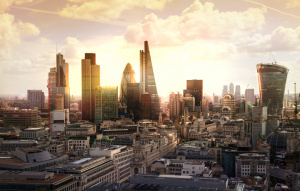